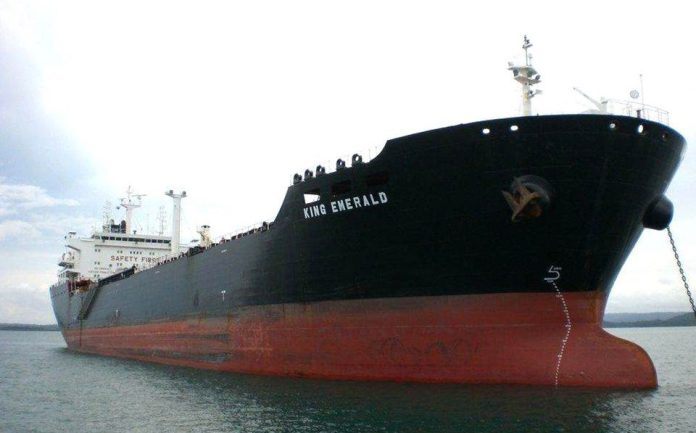 Shipping firms Columbia Shipmanagement GmbH (CSM-D) and Columbia Shipmanagement Ltd. (CSM-CY), based in Germany and Cyprus respectively, have been sentenced today to pay a US$10.4 million penalty and be placed on probation for four years after pleading guilty to felony obstruction of justice charges and violations of the Act to Prevent Pollution from Ships. The sentences were handed down in a Newark, New Jersey federal court.

The shipping firms admitted that during visits to ports in New Jersey, Delaware, and Northern California, four of their ships (three oil tankers and one container ship) had intentionally bypassed required pollution prevention equipment and falsified the oil record book, a required log regularly inspected by the U.S. Coast Guard.

The case is the largest vessel pollution settlement in either New Jersey and Delaware.

During probation, the companies will be subject to the terms of an environmental compliance program that requires outside audits by an independent company and oversight by a court appointed monitor.

“Shipping companies who foul the water by deliberately discharging oil and lying about it to the Coast Guard can expect to be prosecuted,” said U.S. Attorney for the District of New Jersey Paul J. Fishman.

“Deliberate pollution and intentional falsification of ship records to hide environmental crimes are serious offenses. These reprehensible actions not only damage the marine environment, but also put law breakers at a competitive advantage over those who respect the law and play by the by rules,” said Ignacia S. Moreno, Assistant Attorney General for the Justice Department’s Environment and Natural Resources Division. “We intend to send a message with these prosecutions that those engaged in deliberate despoiling of our precious natural resources will be vigorously prosecuted.”

“This prosecution is a fine example of multi-district cooperation in enforcing federal environmental law and achieving a just sentence,” U.S. Attorney for the District of Delaware Charles M. Oberly III said.

“This was a case of wilful pollution and deliberate falsification of records designed to deceive the Coast Guard,” said Captain David Fish, Chief of Investigations for the Coast Guard. “It takes both resources and a culture of compliance to abide by the law. We are hopeful that the remedial measures required as part of this criminal conviction will have a positive impact on these companies and serve as a message to other maritime companies as to what is expected.”

According to documents filed in this case and statements made in court:

The $10.4 million penalty includes $2.6 million in organizational community service payments to assist the coastal maritime environment in New Jersey and Delaware damaged by Hurricane Sandy. The plea agreement directs the funds to environmental projects that will be selected by the National Fish & Wildlife Foundation to help conserve, preserve and restore the coastal environment of New Jersey and Delaware hit by Hurricane Sandy.

The investigation into the M/T King Emerald was launched on May 7, 2012, after several crew members provided cell phone photos and other evidence to Coast Guard officers conducting a routine inspection. The King Emerald was engaged in various types of illegal discharges of bilge waste dating back to at least 2010. The defendants admitted that illegal discharges of both sludge and oily bilge waste were discharged at night off the coast of Central America, including a discharge within the Exclusive Economic Zone of Costa Rica where a national park is located. The ship’s second engineer pleaded guilty previously and will be sentenced in Newark on April 3, 2013.

The Delaware investigation began in October 2012, after several crew members of the M/T Nordic Passat provided the Coast Guard with a thumb drive containing photographs and video showing how illegal discharges had been sent overboard through the ship’s sewage system. They also alleged that sludge had been put into the ship’s cargo tanks and that logs showing sludge had been incinerated onboard had been falsified.

The charges involving the M/V Cape Maas stem from a whistleblower report to the Coast Guard when the ship visited the port in San Francisco. He provided a video showing the operation of the oily water separator pumping overboard without the use of the oil content monitor to detect and prevent oil from being illegally discharged.

Just two weeks prior to today’s plea, the defendants and their attorneys disclosed violations on a fourth ship, the M/T Cape Taft that was then anchored in New York waters and destined for New Jersey. After the ship disclosed problems to the company, an internal investigation revealed that the ship’s oily water separator had been used improperly for some time. Instead of sensing a sample of overboard discharges, it was instead flushed with fresh water by the crew. The ship’s oil record book was revised by CSM-D to reveal 16 instances where it was false. The defendants cooperated with the investigation and provided the government with video replays of the oil content monitor showing when the crew had “tricked” the sensor with fresh water. 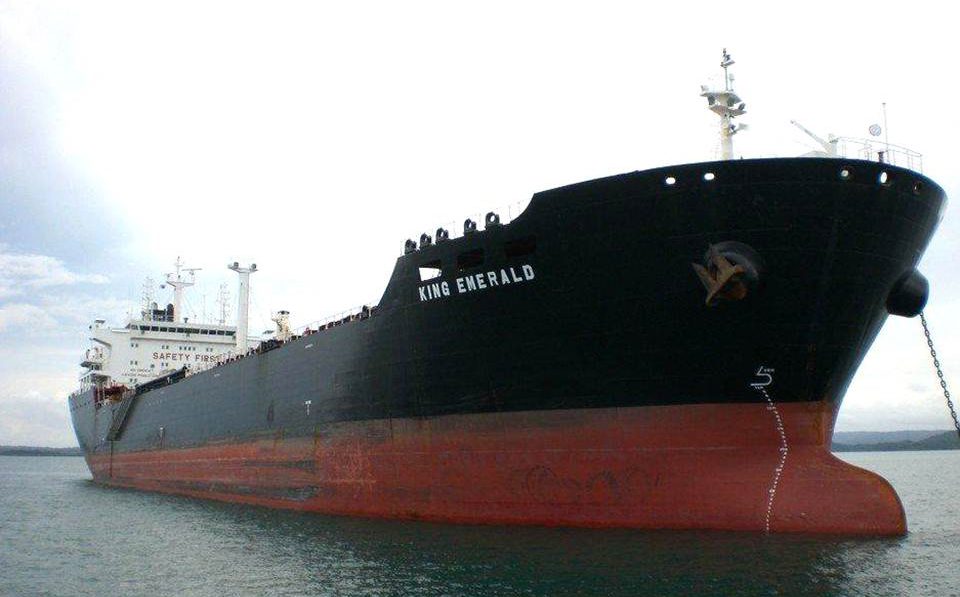 In pleading guilty, the defendants have admitted the following in a detailed joint factual statement filed in Court:

The plea agreement sets forth the counts charged as to each defendant in each district including six counts involving three vessels in New Jersey and four counts involving one ship in Delaware. The guilty pleas include violations of the Act to Prevent Pollution from Ships for failing to maintain an accurate oil record book, obstruction of justice and making false statements. The maximum penalty for each of these felony offenses is $500,000 or up to twice the gross gain or loss from the offense for a corporation.

The government is represented by Kathleen P. O’Leary, Assistant U.S. Attorney in the Criminal Division in New Jersey; Richard A. Udell, Senior Trial Attorney, and Stephen Da Ponte, Trial Attorney, of the Environmental Crimes Section of the U.S. Department of Justice Environment and Natural Resources Division; and Edmond Falgowski, Assistant U.S. Attorney in Delaware. Assistance was also provided by the U.S. Attorney’s Office for the Northern District of California.

Read the relevant announcement from the US Department of Justice, HERE.

Columbia was placed on probation for four years, during which they were subject to the terms of an environmental compliance programme requiring audit by an independent company and oversight by USCG. Eventually this led to even more expenses.

The above, coupled with the fact that Columbia had a US$1.5 billion ailing shipping loans with HSH Nordbank, got the company into financial difficulties.  In order to prevent Columbia Shipmanagement from going bankrupt and to get at least part of the ship loans repaid, HSH Nordbank canceled in 2017 around 680 million Euros of its debts.

In this context, Columbia Shipmanagement and Marlow Navigation Co. Ltd, announced within the same year, their intention to merge.