More
Facebook
Linkedin
Twitter
Home Uncategorized SOLAS rules for ships to be able to recover persons from the... 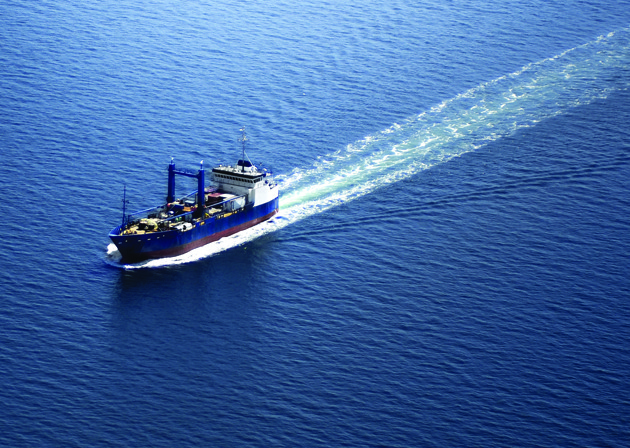 The IMO issued a news release reminding stakeholders that various amendments to the SOLAS Convention entered into force on 1 July 2014. Among other things, the amendments address recovery of persons from the water; reducing on-board noise; and protection of vehicle, special category, and ro-ro spaces.
New requirements under the International Convention for the Safety of Life at Sea (SOLAS) to require all ships to have plans and procedures to recover persons from the water are among a set of SOLAS amendments entering into force on 1 July 2014.
Recovery of persons from the water
The SOLAS amendments, adopted in 2012, were developed as part of the International Maritime Organization (IMO)’s work on large passenger ship safety and are aimed at ensuring all ships have the capability to effectively serve as a rescue asset and have the right equipment to be able to rescue persons from the water and from survival craft, in the event of an incident.
This new requirement is intended to enhance safety at sea and also to provide support to search and rescue coordinators in all types of rescue operations and, particularly, in those situations where there is insufficient dedicated search and rescue capacity or access to helicopters and specialized rescue craft is limited.
The ship’s plans and procedures should take into account related Guidelines for the development of plans and procedures for recovery of persons from the water (MSC.1/Circ.1447).
Ships constructed before 1 July 2014 are required to comply with the requirement by the first periodical or renewal safety equipment survey of the ship to be carried out after 1 July 2014,whichever comes first.
The implementation of the requirements on ships to which SOLAS does not apply is encouraged under a related MSC resolution​, also adopted in 2012, which invites SOLAS Contracting Governments to determine to what extent the requirements should apply to: cargo ships of a gross tonnage below 500 engaged on any voyage; cargo ships of a gross tonnage of 500 and above not engaged on international voyages; passenger ships not engaged on international voyages; fishing vessels; high-speed craft; dynamically supported craft; special purpose ships; and mobile offshore drilling units.
For seafarers, IMO has issued A Pocket Guide to Recovery Techniques (IMO I947E).
Reducing on-board noise
Also entering into force on 1 July 2014 is the new SOLAS regulation II-1/3-12, which requires new ships to be constructed to reduce on-board noise and to protect personnel from noise, in accordance with the revised Code on noise levels on board ships, which sets out mandatory maximum noise level limits for machinery spaces, control rooms, workshops, accommodation and other spaces on board ships.
Fire-fighter communication on-board
Amendments to SOLAS regulation II-2/10 on fire fighting enter into force on 1 July 2014, to require a minimum of two two-way portable radiotelephone apparatus for each fire party for fire fighters’ communication to be carried. The apparatus shall be of an explosion-proof type or intrinsically safe. Ships constructed before 1 July 2014 shall comply with the above requirements not later than the first survey after 1 July 2018.
Instructions, on-board training and drills
Further amendments to regulation II-2/15 on instructions, on-board training and drills require an on-board means of recharging breathing apparatus cylinders used during drills, or a suitable number of spare cylinders.
Protection of vehicle, special category and ro-ro spaces
Another amendment to regulation II-2/20 on protection of vehicle, special category and ro-ro spaces related to fixed fire-extinguishing systems, updates the requirements. The amendments apply to ships constructed on or after 1 July 2014. Ships constructed before 1 July 2014 shall comply with the previously applicable requirements.
Forms of certificates and records of equipment
Other amendments to the appendix to the annex to the SOLAS Convention replace all forms of certificates and records of equipment, including its 1988 Protocol, and further amendments relate to the forms of the Cargo Ship Safety Construction Certificate and Cargo Ship Safety Equipment Certificate of its 1978 Protocol.
Container convention amendments
Also entering into force on 1 July 2014 are amendments to the International Convention for Safe Containers (CSC), 1972, which were adopted in 2013 by resolution MSC.355(92), to incorporate and facilitate the entry into force of amendments to the CSC Convention adopted in 1993 by resolution A.737(18), including amendments relating to the form of the safety approval plate and to the approval of existing and new containers. The amendments also introduce a transitional period for marking containers with restricted stacking capacity and include a list of deficiencies which do not require an immediate out-of-service decision by control officers, but require additional safety measures to enable safe ongoing transport.
[Total: 1]