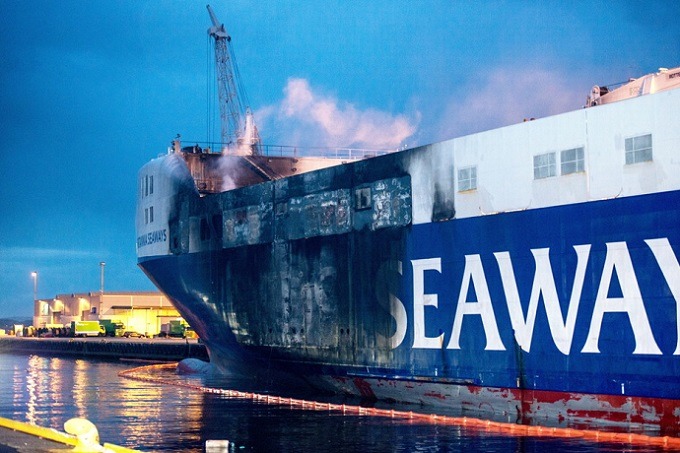 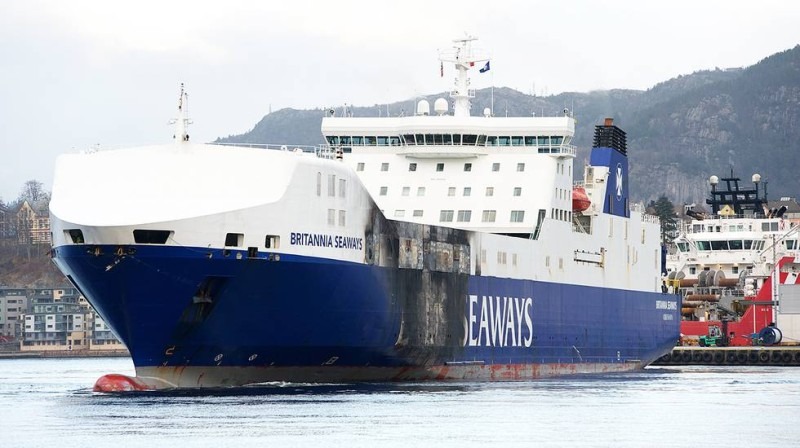 The International Maritime Organization has recognised the courage shown by Captain Andreas Kristensen and his crew in putting out an onboard fire on the DFDS cargo ship Britannia Seaways last November by bestowing them with an award.

Kristensen will travel to London in November to receive the 2014 IMO Award for Exceptional Bravery on behalf of the entire crew. Some 70 nautical miles off the shore of Norway, the 11,000 deadweight tonne ship – carrying 70 tonnes of diesel, as well as aviation fuel and vast quantities of gasoline, reports IMO – caught fire, putting the lives of all 32 crew members at risk.

Rescue helicopters arrived at the scene shortly after the fire broke out at 7pm, but they were unable to secure the crew, as the rescue process – which would have involved turning the ship windward – would have intensified the fire. Captain Kristensen made the decision to not evacuate the non-essential personnel from the ship, instead organising his crew to fight a raging fire that was producing flames of up to 30 metres high. The fight continued for 13 hours until early the next morning, when the crew successfully extinguished the fire. In the end, nobody was injured and a potential pollution incident was averted.

Captain Kristensen is no stranger to bravery. Back in 2011, a passenger on his ferry from Newcastle to Amsterdam fell overboard. "I was in my office when the second officer told me there was a man overboard," he revealed in a 2014 BBC documentary. "To be honest, I expected that it would be extremely difficult, perhaps impossible, to find anyone in the water, since it was already night-time and it was quite some sea." However, despite overwhelming odds, Kristensen turned the ship round to search for the overboard passenger, Jeni Andersen, and save her. "You feel a huge responsibility and urge to find her, but still you know that you are looking for that needle in a haystack," he explained.