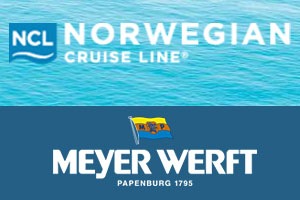 The agreement with Germany’s MEYER WERFT provides for two new ships for delivery in the second quarter of 2018 and the fourth quarter of 2019.

“Norwegian Breakaway and Norwegian Getaway have proven themselves as industry game-changers and are extremely popular with our guests,” said Kevin Sheehan, CEO of Norwegian Cruise Line, in a statement. “It was only natural that we build on their success with this new ship order that further solidifies our long-term growth strategy.”

“We are thrilled that Norwegian Cruise Line has the continued confidence in MEYER WERFT to expand their fleet,” said Bernard Meyer, managing partner of MEYER WERFT. “We are very proud of our longstanding relationship with Norwegian.”