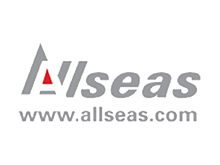 The High Court in England has ruled that a Maltese-British national defrauded a company of almost €16 million, The Sunday Times of Malta has learnt. Paul Sultana, 47, a UK-born son of a Maltese national, was one of the people behind a large-scale scam through which a British company was defrauded.

He bluffed about his connections to the financial markets in Malta and his strong contacts with the Vatican and fooled the company into believing he could multiply their investment in a short period of time. The case came to light through a civil suit instituted by Group Seven Ltd, a subsidiary of Allseas Group SA, a Swiss company specialising in oil and gas exploration, against Allied Investment Corporation Ltd (AIC), a company incorporated in Malta, its Polish director Marek Rejniak and Mr Sultana.

The court heard how in 2011, Mr Sultana and Mr Rejniak began representations with Allseas’ president, its legal counsel and director and the treasurer on a big investment opportunity. This eventually saw Allseas advancing €100 million to AIC in October 2011. The money was transferred from an Allseas Bank of Valletta account to an account held by AIC in Malta. The profits were intended to be invested in an ambitious project the company had been developing: the construction of a super catamaran-type ship which would be able to sail up to oil rigs, lift them out of the water on to the body of the ship and repair them on site. The project was estimated to cost some €1.3 billion. It was suggested to them that the €100 million investment could, over a period of 13 months, procure the money needed for the project. The company was enticed and a director met Mr Rejniak and Mr Sultana in Malta in July 2011.

Mr Rejniak was introduced as the person who could procure such a large return. Some of the €100 million was transferred between various accounts during the dealings, with €15.9 million going missing after they were used to pay the fraudsters before the fraud was discovered. In court, Mr Sultana admitted that representations were made to induce Allseas to hand over the €100 million but that such representations were made by AIC and Mr Rejniak. Mr Sultana’s defence was that he too had been deceived. The court, however, said Mr Sultana was a “patently dishonest individual” who was “not a fool... but a knave” and who was “a persuasive and clever talker”.

In a 100-page judgment, Mr Justice Peter Smith remarked how Mr Sultana knew how to sell himself, saying, among other things, that his uncle was the Pope’s secretary, that the Vatican was sometimes involved in these kinds of investments and that he was well connected in the Maltese financial sector. The court also concluded that Mr Sultana had, on three separate occasions, forged documents to sustain the scam. Although Allseas’ directors were found responsible for the fact that their company had fallen victim of this fraud, the court said it could not understand how they had “failed to spot the obvious”. “I am quite satisfied that Mr Sultana was a knowing participant in the fraud. By the time he was drawn into the Allseas scam in March 2011, he knew the whole operation was bogus,” Mr Justice Smith said as he found Mr Sultana jointly responsible for the fraud, rendering him liable to repay the missing €15.9 million.

The case was decided by the English court according to Maltese law since part of the deal was transacted and negotiated in Malta. The court also involved Maltese legal experts on aspects of local legislation.