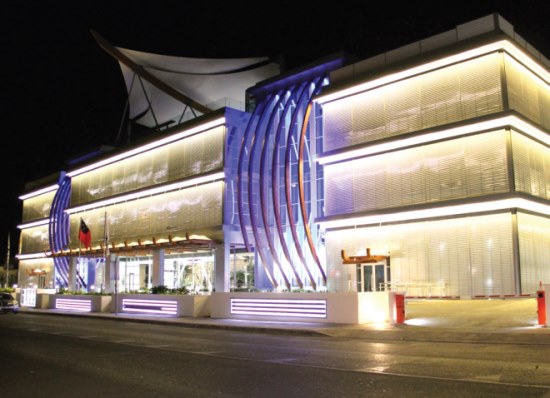 The ships will be built by New Times Shipyard (NTS). NTS is considered to be amongst the top five privately-owned builders in China, and Intership Navigation has already realised several projects with them, including the existing Lakers (FEDERAL WESER-Class), A-Class vessels, three LR1 tankers and two Cape-size vessels.

The newly ordered Lakers are effectively upgraded versions of the existing vessels: they will be equipped with 6 holds, 4 cranes and will have a dwat of 36,500mt. The hull form and the propulsion system (main engine, propeller etc.) have been fully optimised, using Futureship (a DNV-GL company) as a consultant. As a result, the ships are expected to have 20% less consumption than the existing vessels.

Upon delivery, from October 2016 onwards, the new ships will enter a ten-year time charter to Fednav Ltd.

“Intership is happy and proud to have been able to order these new buildings, which will further cement the long-lasting relationship with Fednav,” an official release reads.