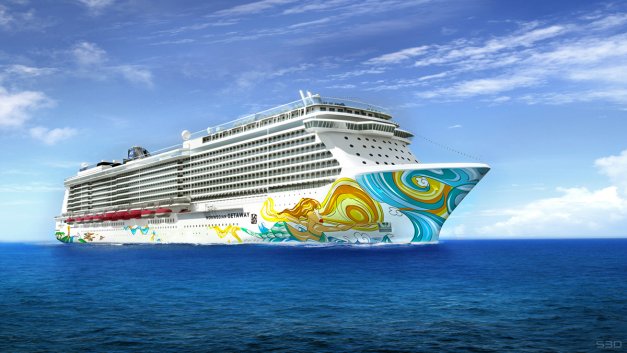 Norwegian Cruise Line Holdings, the world's third largest cruise operator, is in advanced talks to acquire peer Prestige Cruises International for around $3 billion, according to people familiar with the matter.

A deal would give Norwegian Cruise, a company with a market value of $6.8 billion, access to Prestige Cruises' luxury cruise ships and affluent clientele as it competes with bigger rivals Royal Caribbean Cruises and Carnival Corp.

An agreement may be announced as early as this week, the sources said on Sunday, cautioning that the talks could still fall apart. The owner of Prestige Cruises, private equity firm Apollo Global Management, also owns a 20 percent stake in Norwegian Cruise.

The sources asked not to be identified because the negotiations are not public. Norwegian Cruise and Prestige Cruises representatives did not respond to requests for comment, while an Apollo spokesman declined to comment.

Miami-based Norwegian Cruise operates 13 cruise ships in routes spanning North America, the Mediterranean, the Baltic, Central America and the Caribbean. It had revenues of $2.57 billion in 2013, up 13 percent from 2012.

Prestige Cruises, also based in Miami, operates under the Oceania and Regent brands, which together have eight cruise ships traveling to Scandinavia, Russia, the Mediterranean, North America, Asia, Africa and South America. It posted revenues of $1.2 billion in 2013, up six percent from the year earlier.

The $29 billion cruise industry is expected to benefit in the coming years from the rise of the middle class in emerging economies such as China and India. Companies are racing to position themselves as the cruise operators of choice for these new customers.

Prestige Cruises registered with U.S. regulators for an initial public offering in January 2014. Apollo has been the company's majority shareholder following an $850 million deal in 2007.

Norwegian Cruise was created in its current form in 2000 through a merger with a cruise operator owned by Genting Bhd, the leisure and casino conglomerate controlled by Malaysian billionaire Lim Kok Thay. Apollo made a $1 billion investment in Norwegian Cruise in 2008.

Norwegian Cruise went public in January 2013. Genting had a 28 percent stake, Apollo had a 20 percent stake and private equity firm TPG Capital LP had an 8 percent stake in the company as of the end of June, according to a regulatory filing.