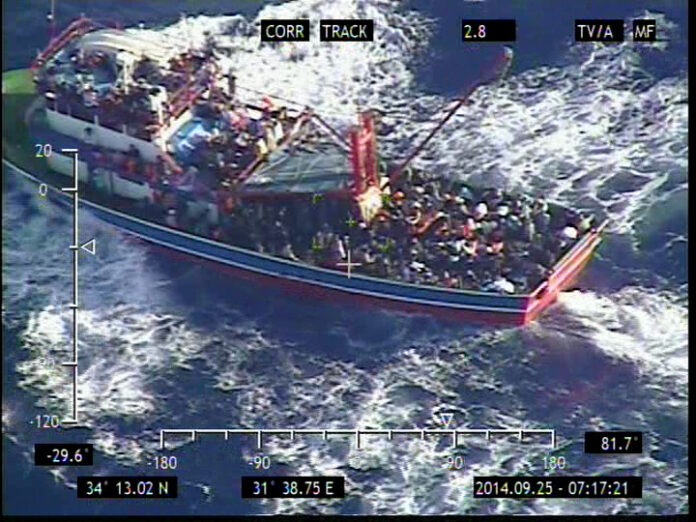 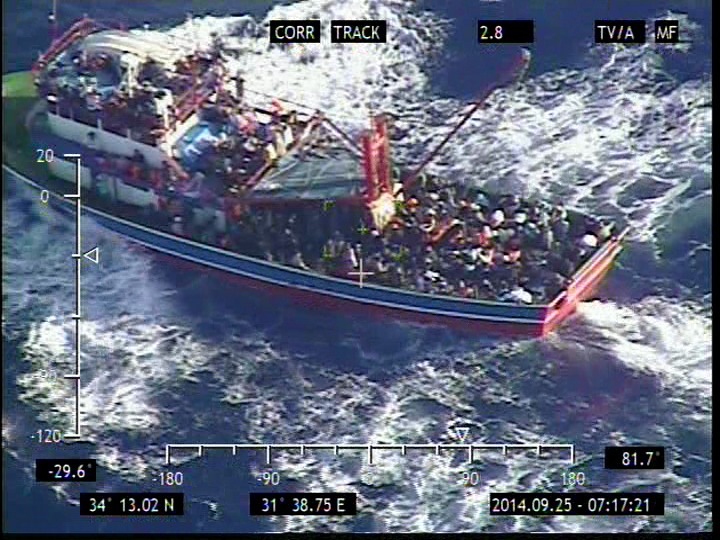 Close to 350 people, thought to be refugees from Syria, have been rescued by a Cypriot cruise ship after the vessel they were in issued a distress signal early on Yesterday 25 Sept. 2014.

Limassol port master Giorgos Pouros said the refugees had been taken aboard the Salamis Filoxenia and were in good health. The total number of people rescued was 345 — 293 adults and 52 children — the defence ministry said.

“It was a quite a difficult operation,” said Kikis Vasiliou, director of Salamis Cruises, the owner of the cruise ship. “All the passengers are safe.” The rescue effort was carried out amid rough seas. It finished at around 2.30pm. Vasiliou commended the captain and the crew, adding that the goal was to save the people’s lives.

Salamis Filoxenia was expected to dock in Limassol at around 9pm where medical personnel will be waiting to examine the refugees. They will then be transported to an army barracks in Kokkinotrimithia, in Nicosia. The defence ministry said the signal from the boat was received at 6.25am. The vessel was located some 50 nautical miles (90 km) south-west of Paphos.

Salamis Cruise Lines Managing Director Kikis Vassiliou said they were insisting they be taken to Italy. The cruise ship, Salamis Filoxenia, is in the port of Limassol and all those rescued are said to be in good health. The Cypriot defence ministry said 52 children were on the small fishing boat that had sent a distress signal. Of the 345 migrants plucked from the sea about 65 willingly left the ship at Limassol and were taken by bus to the Kokkinotrimithia camp not far from Nicosia. Negotiations with those refusing to leave were continuing on Friday morning with doctors, nurses, civil defence and Red Cross workers on hand.

Meanwhile, 300 Russian passengers who had been due to continue their cruise to Haifa, Israel, had their journey cancelled and were put up in Limassol hotels.

"We were supposed to sail at 10:30 tonight (19:30 GMT), unfortunately these people want to negotiate," Mr Vassiliou told reporters. "They want us to send them to Italy.

"We did our outmost to save their lives, to give them food, support and now they want to destroy this company," he added, quoted by AFP news agency, saying the company's losses as a result of the rescue had run into hundreds of thousands of euros. Aid workers said eight of those rescued had suffered some dehydration, while some others had "minor" problems.

The fishing boat was spotted in rough seas 55 nautical miles (100km) south of the town of Paphos. "It was quite a difficult operation," Mr Vassiliou was earlier quoted as saying. "All the passengers are safe."

Cypriot authorities said they had picked up a radio distress signal as the boat was caught in rough seas. This year has seen a dramatic increase in the number of migrants crossing the Mediterranean in overcrowded boats - particularly people fleeing the conflict in Syria. The majority have headed for Italy and Malta.