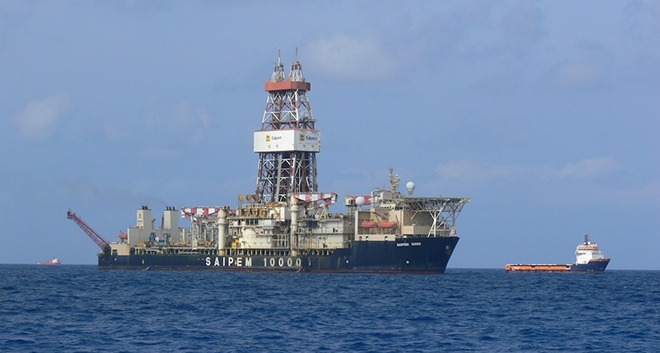 The drill ship ‘Saipem 10000’ of the ENI/KOGAS consortium arrived in Cyprus on 23 September afternoon, and was stationed at the Onasagoras gas field of Cyprus` Exclusive Economic Zone (EEZ) block 9, where it is set to soon begin exploratory drilling.

Minister of Energy Yiorgos Lakkotrypis confirmed the significant development, taking to twitter to comment that the results of the first drilling expedition will be revealed in approximately 80 days. “Saipem drill ship at Point Zero in Cyprus EEZ. So far all according to plan. Results in ~80 days,” he tweeted.

Speaking to CNA, President of Cyprus Hydrocarbons Company, Toula Onoufriou, revealed that the ENI/KOGAS consortium has planned a series of exploratory drillings over the next 18 months, noting that the results of these drillings will determine the sector’s development in Cyprus.

“Through the acceleration of this program, we expect to have more concrete results sooner than previously expected, which will allow us to have a clearer picture of the data, allowing us to take important decisions regarding the exploitation and future of this industry in our country”, she said.

Block 9 of Cyprus’ EEZ will be the first to undergo exploratory drilling by ENI/KOGAS, who are also expected to explore blocks 2 and 3.