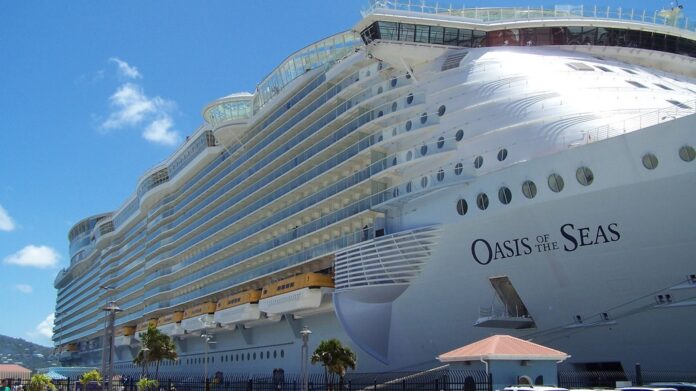 It’s being reported by local newspaper The Netherlands Times that Royal Caribbean is being fined for over-working Oasis of the Seas crew while it was under going a drydock in Rotterdam.

The worlds largest ship at 225,282 tons which has been all over the press in recent days due to new enhancements from the drydock and an arrival into Southampton for the very first time is now being fined. According the Netherlands newspaper the cruise line will have to pay at least 600,000 Euros. Cruise Law News which always tracks these stories is also reporting on the fine.

While the ship was docked at Keppel Verolme in Botlek in Rotterdam the ship broke regulations and lacked proper documentation for the ship’s crew. The crew were also apparently over-worked with excessive hours.

The site also mentioned that “The inspectorate of Social Affairs and Labor had hinted to Royal Caribbean Cruises in advance already that when its ship would be here it would have to adhere to Dutch rules and legislation.” This could be acceptable in international waters but in the Netherlands it’s not.

Apparently when Dutch inspectors boarded the vessel in Rotterdam they found that 48 crew members did not have the correct Dutch work permits. The crew members in question were apparently from the Philippines and South America.

Back in April 11 crew members were rescued from the MSC Magnifica for working up to 16 hours a day while the ship was in Brazil.

It’s an ongoing issue with cruise lines employing crew members from under developed or developing countries and then over working them while in international waters. Crew members still get paid a decent wage when the money is converted into their own currency which then supports their families.