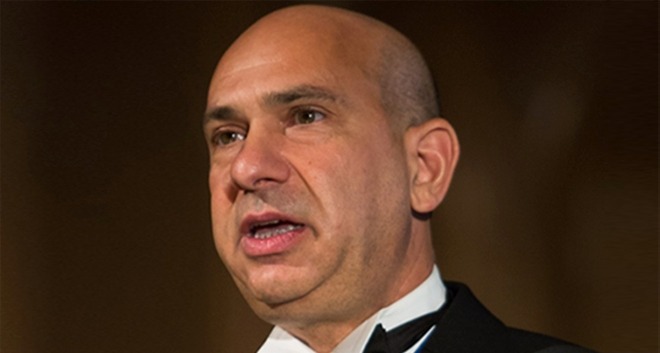 We are very pleased to report that the Government of Cyprus has nominated Mr. Andreas Chrysostomou, Acting Director of the Department of Merchant Shipping (DMS), for the position of Secretary General at the International Maritime Organisation (IMO) based in London.

The Chamber firmly believes that Mr. Chysostomou possesses the necessary qualifications which, such a distinguished and important position for International Shipping presupposes, such as specialised knowledge in Shipping affairs, professional competence and personal integrity.

Consequently therefore, the Chamber considers Mr. Chrysostomou as one of the main candidates to be elected at the helm of IMO next year, and this reflects the recognition he personally, as well as Cyprus Shipping in general enjoy, by the international shipping community.

According to reports published in international media, the Secretary General of the IMO Koji Sekimizu is expected to step down next year, and apart from Cyprus, Denmark, Panama and Mexico are also expected to propose candidates for the position.

Mr. Andreas Chrysostomou graduated from the University of Newcastle upon Tyne in United Kingdom with a Bachelor of Engineering with Honours, in Naval Architecture and Shipbuilding. Mr. Chrysostomou continued his studies at the same University and he gained a Masters In business Administration (MBA).

In 1993 Mr. Chrysostomou joined the Department of Merchant Shipping, the Competent Authority for Maritime Affairs of the Government of the Republic Cyprus, as a Marine Surveyor and in 1994 he has been transferred to the Cyprus High Commission in London as the Counsellor Maritime Affairs and alternate Permanent Representative of Cyprus to the International Maritime Organisation, a position that hold for 10 Years.

Beyond his work with the IMO he has worked with other UN agencies such as the International Mobile Satellite Organisation where he was elected Chairman of its Assembly twice consecutively.

Mr. Chrysostomou’s work includes a number of papers presented in Conferences and Seminars around the globe, chaired a number of non government related seminars and conferences such as the Green Ship Technology and further he served as member of the Board of Governors of the World Maritime University (WMU).

Finally as a result of Mr. Chrysostomou’s skills and integrity, he has been acknowledged by peers and has been manifested by awarding him the 2011 Award for Outstanding Contribution to Sustainable Shipping. In November 2011 he has also been presented with the Distinguished Public Service Award by the United States Department of Homeland Security, United States Coast Guard, for his invaluable service to International Shipping and in 2013 the GST Award - Leading Shipping Personality of the Decade 2003 - 2013. Furthermore, he is currently the Immediate Past President of the Institute of Marine Engineering, Science & Technology (IMarEST).