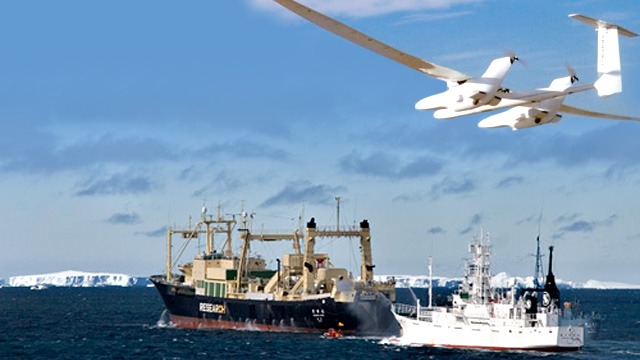 The enforcement of sulphur emission control areas (SECAs) in the waters around northern Europe will be supported with the use of sulphur detection, or ‘sniffer’ drones, which will be used to monitor emissions from ships.

From January 2015, the sulphur content of bunker fuel in the North and Baltic Seas, as well as the English Channel, will be restricted to 0.10% m/m. unless vessels are fitted with an abatement system. Similar limits are proposed for the coasts around the US and Canada. The proposal incorporates global standards agreed in 2008 under Annex VI of the International Maritime Organisation’s (IMOs) MARPOL regulations.

The drones, which are manufactured by Explicit, an IT solutions provider based in Lyngby, Denmark, use a self-guided system that seeks out ships at sea and measures sulphur emissions, and reports the data back in real-time.

Explicit has received $100,000 in extra funding from the Danish Environmental Protection Agency (EPA). The Danish government recently announced an annual budget of $1.27m, which will be dedicated to monitoring emissions.

Explicit was also one of ten finalists in the recent 2014 Ocean Exchange contest held in Savannah, Georgia. Ocean Exchange, an international cross industry platform of companies that promotes corporate social responsibility, said the funding for Explicit highlighted “the urgent need for strong enforcement initiatives with new sulphur limits on ship emissions only a few months away.” (More details here on the Ocean Exchange finalists.)

The drone is being tested together with Force Technology A/S, and is backed by the Danish Ship Owner’s Association and the Danish Maritime Agency.

Concerns in the maritime sector about maintaining compliance with the forthcoming sulphur emissions regulations have led to the set up of a coalition of ship owners and operators called The Trident Alliance. The body was officially launched in July this year to collaborate on the enforcement of the SECA rules to ensure a level playing field between operators.

The Trident Alliance’s chairman, Roger Strevens, is also vice-president, Environment at Wallenius Wilhelmsen Logistics (WWL). Speaking about the use of new technology being rolled out to monitor sulphur emissions, he said:

“When it comes to enforcement of new sulphur limits, there’s a need for authorities to be able to extend the reach of their detection capabilities while not over extending their budgets – that’s a niche which I believe drone technology can fill. To be useful it is sufficient for drones just to be able to distinguish between MGO and HFO emissions because that allows the authorities to focus their limited resources more effectively. They can also contribute as a deterrent to non-compliant behaviour – who would risk non-compliance in an area where drones are known to operate? By strengthening the hand of officialdom in enforcing effectively, the odds swing against any would-be cheats and fair competition is preserved. That in turn helps fulfil the objective of the Trident Alliance."

Other examples of the technology being explored to monitor emissions compliance include handheld instruments for measurement of sulphur levels in the fuel being used in ships, and the automated reporting of fuel line temperatures as an indicator of whether they are running on heavy fuel oil or marine gas oil.

Five more companies have joined the Trident Alliance since July: Scorpio, Flinter, Solvang, Nordic Tankers and Ardmore Shipping Corporation. There are now 25 members in the coalition.