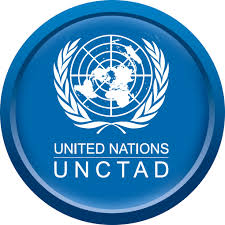 The Review of Maritime Transport 2014 has 6 distinct chapters:

Reflecting a stumbling growth in the world economy, the growth in world seaborne shipments decelerated over the previous year and averaged just 3.8 per cent in 2013. In line with this growth the volume of international seaborne trade totaled nearly 9.6 billion tons.

The 2014 issue of the Review of Maritime Transport introduces a novel analysis regarding the ownership of the fleet which draws a distinction between the concept of the "nationality of ultimate owner" and the "beneficial ownership location".

Chapter 5: The legal and regulatory developments

As regards regulatory developments relating to environmental and related issues, additional guidelines to support the implementation of a set of technical and operational measures to increase energy efficiency and reduce GHG emissions from international shipping have been adopted by IMO.

A special chapter of this year's Review of Maritime Transport focuses on challenges faced by the world's Small Island Developing States (SIDS), in line with the United Nations declaration of 2014 as the "Year of SIDS". The maritime transport services connecting SIDS to global trade networks face severe structural, operational and development obstacles. Remoteness from main global trade routes constitutes a major disadvantage in terms of cost and time, but also quality and frequency, of services that access international markets.