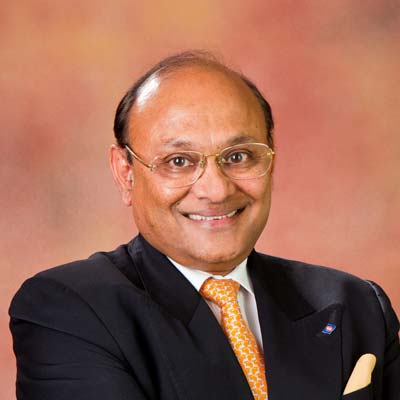 Rajaish Bajpaee will step down as CEO of Bernhard Schulte Shipmanagement (BSM) at the end of this month after 27 years at the Schulte Group.

Bajpaee, who is based in Hong Kong, will hand over to his current deputy, Captain Norbert Aschmann, who will continue to work from Cyprus. As of January 1, 2015, Bajpaee will be non-executive chairman of BSM.

“Having worked in the industry for over 40 years and seen first-hand the evolution of third-party shipmanagement from a fledgling business into the professional, highly respected industry that it is today, it is the appropriate time for me to take on a supporting role,” Bajpaee said in a statement.

Rajaish Bajpaee joined the Eurasia Group of Companies in 1987, commencing as deputy general manager before being promoted to the position of president & CEO.

He took over as deputy CEO of Bernhard Schulte Shipmanagement in 2008 when the company was formed following integration of the Schulte Group companies. He became CEO at the beginning of 2011.

Captain Aschmann has been deputy CEO of BSM since October 2013.