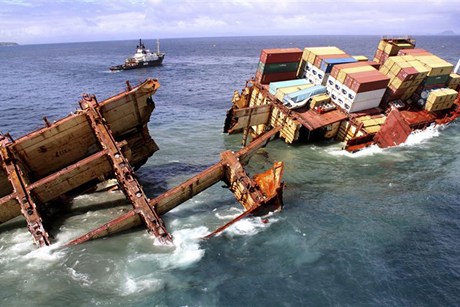 The Final Report on MV RENA has been published at TAIC (Transport Accident Investigation Commission) website on November 2014 including safety issues, recommendations and key lessons learnt.

The Rena's second mate took over the watch shortly after midnight on 4October. He calculated that the Rena would arrive at the port of Tauranga pilot station at 0300 at the ship's then current speed. Times for ships entering and leaving Tauranga Harbour are limited by the depth of water and the strength of the tidal currents in the entrance channel. Tauranga Harbour Control informed the second mate that the latest time the Rena could take the harbour pilot on board was 0300.