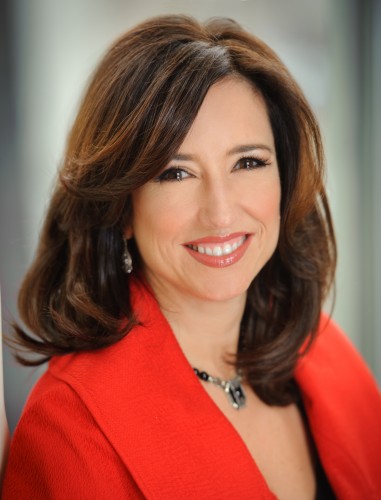 "Christine is one of the most respected and dynamic leaders in the travel industry," Carnival Corp. CEO Arnold Donald said Wednesday in a statement announcing Duffy's appointment. "She brings a wealth of experience to Carnival Cruise Line that will help the cruise line continue to deliver unmatched vacation experiences to millions of guests each year."

Some cruise industry specialists say Duffy's appointment reflects increasing diversity in cruise lines' upper leadership. Carnival Corp. said it embraces and values diversity and inclusion as part of its corporate strategy.
"The key to innovation is diversity of thinking," Donald said. "Having people from different backgrounds and different cultural experiences who are organized around a common objective are far more likely to create breakthrough innovation than a homogeneous group. That same diversity of thinking is a powerful advantage."

Carnival, with 24 ships that include the Carnival Conquest, Carnival Breeze and Carnival Splendor, is the largest of the cruise company brands. Before joining CLIA in February 2011, Duffy was president and CEO of Maritz Travel, one of the largest meeting, event and incentive travel management companies in the world. She has more than 30 years of travel industry experience and began her career as a travel agent at McGettigan Partners in Philadelphia.
As CEO of CLIA, Duffy led several advancements, including the globalization of cruise industry associations around the world to create a unified voice, Carnival Corp. said. CLIA has more than 13,000 travel agency members representing over 50,000 travel agents.

"This is a tremendous opportunity for me to be part of a dynamic organization with a long history of innovation and industry firsts," Duffy said of her appointment. "The name Carnival is truly synonymous with cruising, and I look forward to joining this talented team." "It feels pretty incredible," Duffy said when reached by phone Wednesday of her appointment as Carnival's first woman president. "It's great to see more diversity at the senior levels," and to have more women running cruise lines is a good thing for the industry."

Duffy will replace former Carnival president and CEO Gerry Cahill, who retired Nov. 30 after 20 years with the cruise line."She's a true friend to the travel agent community," said industry specialist Stewart Chiron, president and CEO of Miami-based industry website CruiseGuy.com. "This is significant as far as the diversity of a maturing industry goes," Chiron said. "Going outside [for an appointment like this] is sometimes a good move, and for a company like Carnival it says a lot." "Christine brings in new, fresh perspective and totally understands the importance of travel agents," said Vicky Garcia, COO and co-owner of Cruise Planners, an American Express Travel Representative headquartered in Coral Springs. "She's sharp, personable and someone who I think can really help Carnival not only better connect with travel agents with her existing relationships, but also brings strong leadership and vision."Earlier this month, Lisa Lutoff-Perlo, former executive vice president of operations at Royal Caribbean International, was promoted to president and chief executive of its sister premium line Celebrity Cruises.