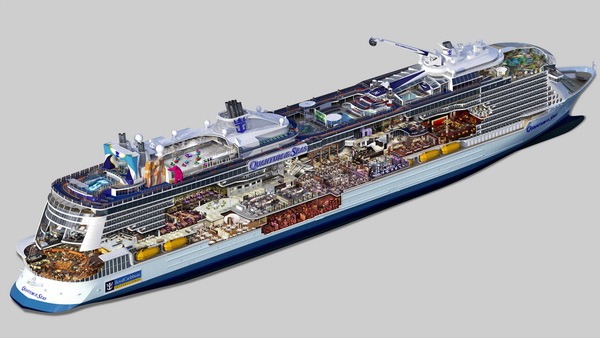 Royal Caribbean Cruises revealed plans Monday to retrofit 19 of its ships with gas exhaust scrubbers to meet existing European standards and ahead of the upcoming changes to fuel sulphur limits imposed by the International Maritime Organization come January 1, 2015.

The scrubber systems, formally known as advanced emissions purification (AEP) systems, will remove more than 97% of the sulphur dioxide emissions generated by the ships’ diesel engines and underscores Royal Caribbean’s commitment to meet or exceed environmental standards, the company said in press release announcing the retrofits.

Royal Caribbean said its decision to implement the AEP systems instead of switching to a fuel with a lower sulphur content was due to the limted availability of lower-sulfur fuels, and therefor the use of scrubbers would ensure that RCL’s ships can remain compliant everywhere they sail.

Royal Caribbean has been developing, testing and planning for the use of AEP technology since 2010. Two newly built RCL ships that entered into service this year, Royal Caribbean’s Quantum of the Seas and TUI Cruises’ Mein Schiff 3, were among the first cruise ships to be built with AEP systems installed during initial construction. Also Royal Caribbean International’s Liberty of the Seas has been operating one of its six engines with a retrofitted AEP system for two years. The AEP systems “scrub” exhaust gases by injecting high volumes of water spray into the exhaust stream, removing more than 97% of sulfur dioxide emissions.

“AEP technology for maritime vessels is very new, and we expect that by utilizing multiple technological solutions to accommodate the differences among our ships, additional development will ultimately help industrialize AEP technology even more, which will benefit not only RCL but also the larger maritime industry,” said Adam Goldstein, President and COO, Royal Caribbean Cruises Ltd.

“A retrofit project of this size and complexity – and the scale and intricacy of the research, planning, and design required – is unprecedented for our company, and has required a very systematic process and involved the world’s leading expertise in this field,” said Harri Kulovaara, Executive Vice President, Maritime, Royal Caribbean Cruises Ltd.

For the retrofits, RCL says it has already contracted two different AEP suppliers, Swedish company Alfa Laval and Finnish company Wartsila, and additional companies are being hired to execute the installations.

“In addition to the teamwork it takes within our own company to execute a program of this magnitude and make all the necessary process improvements, the collaboration with government agencies has been key,” Goldstein said. “Working with our fleets’ flag states, the United States Environmental Protection Agency, the United States Coast Guard, and Transport Canada to explore technology development has been critical, and we are eager to continue to work with these agencies to explore whether there are additional environmental benefits to using these systems,” said Goldstein.

Royal Caribbean says that in addition to the scrubbers, it is also making a concerted effort to reduce the carbon footprint of its fleet. Additional initiatives include a keycard master switch for lights and air conditioning in guest staterooms, the use of only LED or fluorescent lights, and an air lubrication system onboard the Quantum of the Seas.

Royal Caribbean Cruises owns and operates a total of 42 ships across six brands. The company also has 7 newbuilds currently under construction, as well as 2 news ships on firm order.

In May, Carnival Corp., the world’s largest cruise ship operator and Royal Caribbean’s biggest competitor, announced that it was spending $400 million to install scrubbers onboard 70 ships across all 10 of its brands. 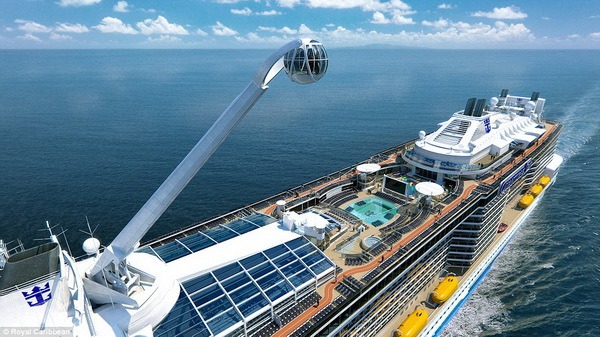