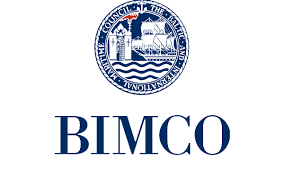 BIMCO issued an advisory to highlight recent events in the region and reinforce guidance.

As reported by BIMCO last weekend armed pirates boarded and hijacked a fishing vessel underway off Togo. The Togo Navy responded and engaged the pirates. Twenty crew jumped overboard in an attempt to escape, and were rescued by the patrol boat. The remaining seven crew were taken hostage as the pirates fled heading out to sea. The pirates later left the ship and the crew sailed towards a safe port. One crew has been reported as killed in the incident.

On Wednesday, 4 February, night it is reported by IMB that armed pirates attacked a Greek-owned tanker while it was waiting to load off Nigeria, killing its Greek deputy captain and taking hostage three other crew. The attack on the ship Kalamos, which had a crew of 23 and was sailing under a Maltese flag, took place at Qua Iboe. Members would want to know BIMCO has further heard that the Master activated the SSA and made a distress call which was received on channel 16, requesting for medical assistance as a result of injuries sustained from the pirate attack on the ship. Three persons are missing, while in fact 2 crew were injured , one fatally as reported. A NIMASA patrol boat was said to have engaged the pirates in a gun battle. The pirates were said to be using two speed boats and are well-armed. It is understood that the First Officer was shot twice and the ship is making arrangements to evacuate the other injured crew. The injured person is believed to be the ship's Chief mate. Three crew have been abducted from the ship (2nd Officer and 2 x AB).

Operators are reminded that the region has become extremely dangerous and product tankers and kidnapping of Caucasian crews seem to be the primary objective of the pirates. Although , as above, no type is entirely safe.

As reported by BIMCO Security the Nigerian Government has said that it will not hesitate to detain any ship entering the country's territorial and coastal waters with security escorts on board, whether armed or unarmed. The Nigerian Maritime Administration and Safety Agency, NIMASA, gave this warning when the agency detained three ships, LILAC VICTORIA, UACC EAGLE and MORGANE, because they sailed into Nigeria with individuals linked to private security firms overseas offering training on the use of weapons.

Operators are advised to note this intention which has been corroborated by other third party sources. On February 4th, two PMSC Guards were arrested and a ship detained although cargo operations have been allowed to continue. It is not yet known if the guards were armed or not.

Operators are reminded that detailed BIMCO Guidance on Gulf of Guinea Piracy can be found in "Guidelines for Owners, Operators and Masters for Protection against Piracy in the Gulf of Guinea Region". The principles and best practices outlined are in many areas identical to dealing with SOMALI piracy and are strongly recommended. It is strongly advised if trading Nigeria members seek assistance from NIMASA or the Nigerian Navy, the only legitimate sources of protection.