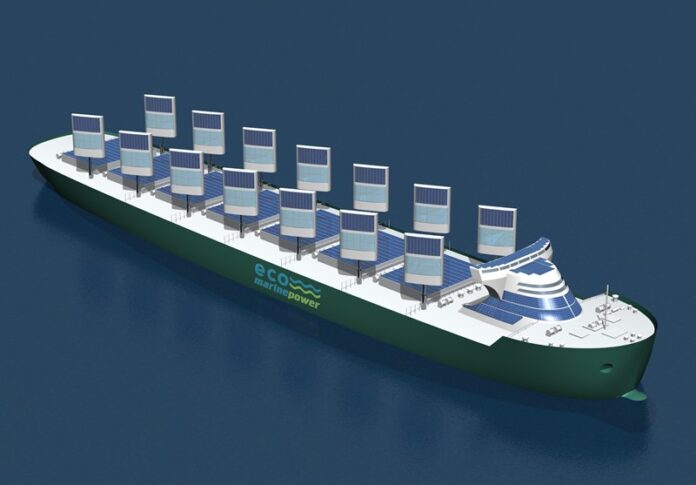 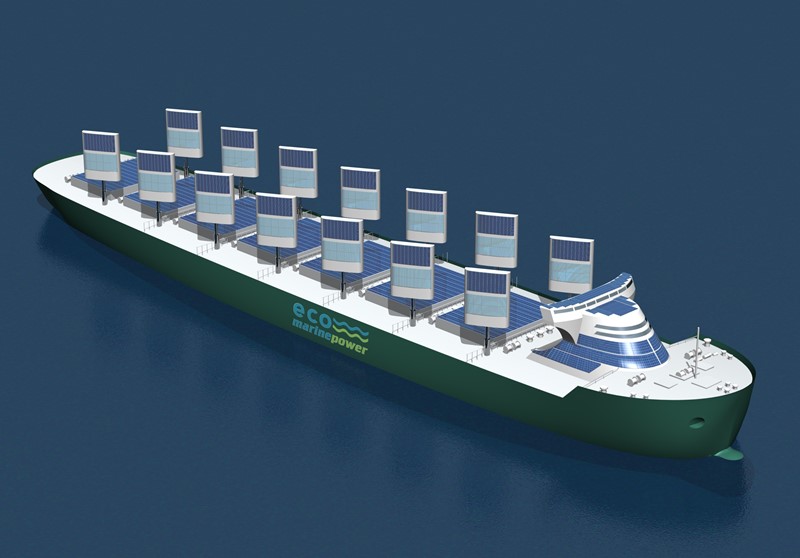 E.E. Cummings once wrote: “for whatever we lose, it’s always ourselves we find in the sea.” In today’s world, that quote can take on a rather different meaning. According to an article in The Guardian, recent data suggests that just 15 of the world’s biggest ships emit as much pollution as all of the world’s cars combined. In Japan, one of the world’s busiest shipping nations, that could translate into major health and environmental problems.

Luckily, Fukuoka-based technology company Eco Marine Power has come up with sophisticated eco-solutions that drastically reduce large ships’ greenhouse and noxious gas emissions. “Renewable energy for shipping on a large scale is still in the early stages of development,” says Greg Atkinson, the director and chief technology officer of Eco Marine Power. “But in the last few years, lighter solar panels and better batteries mean that it is now viable to bring renewable energy into the mix of technologies ships can use to reduce emissions and fuel use.”

The firm’s Aquarius Eco Ship concept is the ultimate culmination of these sustainable technological developments. Conceived in 2011, the design relies on the Aquarius Marine Renewable Energy (MRE) System, which optimises the harnessing of solar and wind power using Eco Marine Power’s innovative EnergySail.

This original design (patent pending) mounts wind power devices and solar panels on rigid sails that automatically move according to weather conditions. Automation is linked to a computer control system developed jointly with KEI System, a Japanese computer technology company. Not only does this system continually position the EnergySails based on available wind and solar power, but the Aquarius Monitoring and Automation System (MAS) oversees and records on-board emissions, fuel consumption, and energy-savings for future analysis and improvement.

Atkinson says that these combined technologies could lead to a 40% reduction in fuel costs and a dramatic reduction in emissions harmful to the environment and human health. He credits part of the company’s success to Japan’s current push for innovative technologies. “Japan is the ideal place for our work since it is … one of the leading nations in terms of developing a range of technologies related to solar power, automation and energy storage, including fuel cells,” he adds.

In the future, Europe will certainly play a bigger role for the company. Eco Marine Power recently announced that it will be partnering with Blue Star Ferries of Greece to “jointly deploy and evaluate a range of innovative renewable energy-related technologies.” Blue Star’s passenger and car ferries will be fitted with Solbian solar panels and Eco Marine Power’s Aquarius MAS to track efficiency and emissions, and to log the data. “We believe this is an area where the use of renewable energy makes a lot of sense,” says Atkinson, who adds that cruise ships are notorious for excessive energy consumption.

But, perhaps, the most exciting development that is being pursued by Eco Marine Power is in true Japanese style. “We are working on an unmanned surface vessel that will be powered exclusively via renewable energy called the Aquarius USV,” explains Atkinson. “This combines several of our renewable energy concepts and technologies, together with automation and some elements of robotics as well.”