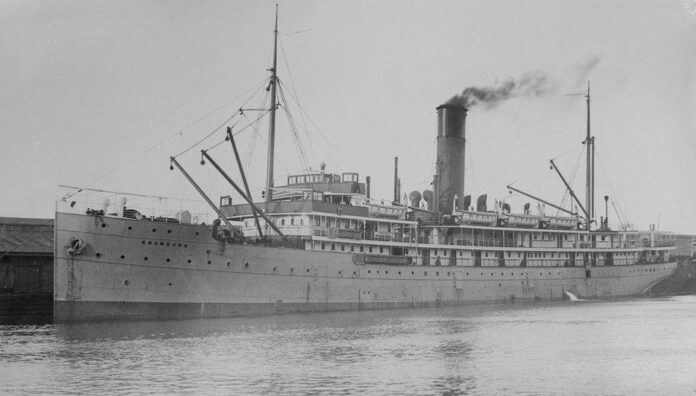 The SS Koombana was a late Edwardian-era passenger, cargo and mail carrying steamship. From March 1909 to March 1912, she operated coastal liner services between Fremantle, Western Australia and various ports in the northwest of that State. She is best known for disappearing at an unknown location north of Port Hedland, Western Australia, during a tropical cyclone on 20 March 1912, killing 74 passengers and 76 crew; in total, 150 people died.

Other than a small quantity of wreckage, no trace was ever found of the ship, which was presumed sunk along with several other vessels during the same storm. At least a further 15 people died in other ships and near the cyclone. As accurate passenger lists were not kept at the time, the exact number of deaths is not known; however, all on board are presumed to have perished. The loss was almost certainly Australia's worst weather-related maritime disaster in the twentieth century.