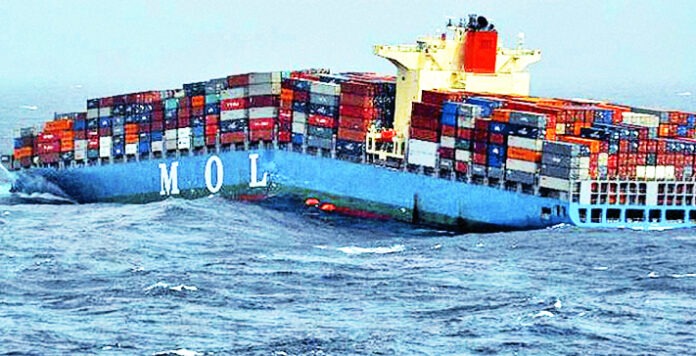 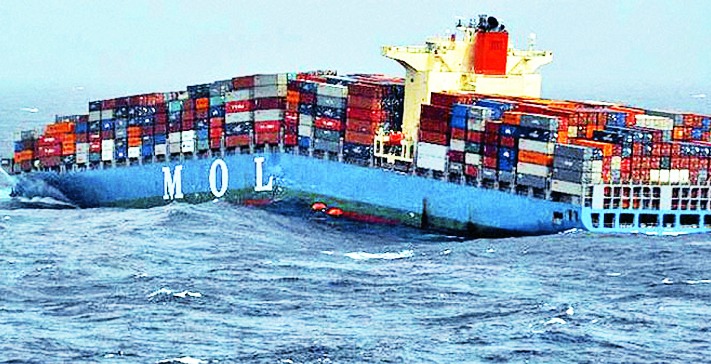 The International Association of Classifications Societies (IACS) has received the final report issued in Japan by the Committee on Large Container Ship Safety (CLCSS), which concludes that the “MOL COMFORT” break up possibly occurred because the sea loads exceeded thehull girder ultimate strength at the time of the casualty.

IACS will carefully study the report as well as the recommendations formulated in the document, and will make public the results of this examination. As a matter of fact, IACS had launched at the beginning of 2014 an expert group on structural safety of container ships, which carried out a post “MOL Comfort” review, also taking into account a number of past casualties.

- UR S11A which is a longitudinal strength standard for Containerships

- URS 34 dealing with functional requirements for direct analysis by Finite Element Method of Container ships, including a set of loading conditions.

It is worthwhile commenting that this ongoing work had already taken into account the CLCSS recommendations:

- these UR’s do take into account the effect of lateral loads on bi-axial buckling of stiffened panels (a phenomenon preceding loss of ultimate strength as correctly indicated in the report) and whipping on vertical bending strength.

- with respect to the third recommendation of the report (representation of technical backgrounds), IACS can also confirm that Class Societies rules already consider the strength of the ship under specified operating and environmental conditionscorresponding to its entire life.

These two important UR’s will be finalized in the coming months. As a matter of clarity it should be understood that IACS Unified Requirements are minimum common technical requirements to be incorporated into the rules of each individual member. UR’s are not intended to address all the strength aspects of hull structures, which remains the function and responsibility of each class society.