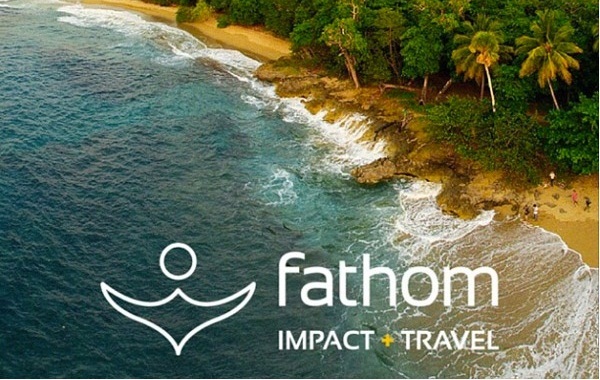 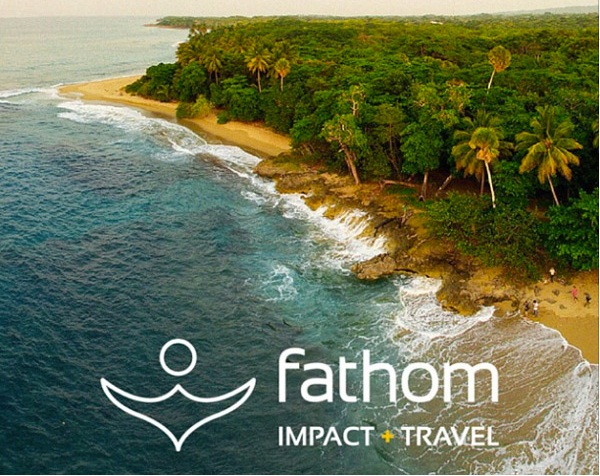 The first cruise line dedicated to volunteer tourism, or voluntourism, officially launched with the birth of "fathom."

At a news conference held on June 4, 2015 at the Union Palace Theatre in New York, Carnival Corporation & PLC announced the addition of the new cruise line to its portfolio, which already includes nine lines. Carnival Corporation — parent company of Princess Cruises, Holland America, Seabourn, Cunard and, of course, Carnival - added this new brand to its cruising roster. Passengers who sail with the new cruise line, can spend part of their weeklong cruise doing volunteer work to help needy communities in the Dominican Republic. Instead of parasailing, enjoying late-night buffets, and other traditional cruise activities, Fathom travelers will teach English to children, deliver drinking water filters, and help local farmers with the crops they need to survive.

Expect fathom (yes, with a lower-case "f") to look completely different than its sister brands: This new kid on the block will run nothing but volunteer cruises weekly from Miami to Amber Cove, Dominican Republic, starting in April 2016. Each week, a new batch of cruisers will board fathom's ship and undergo two days of intensive training in volunteer activities such as learning to teach English or building water-filtration devices out of clay, an abundant resource in the Dominican Republic.

After everyone has been trained, the ship will arrive at Amber Cove, a new cruise port developed by Carnival Corp. The company has invested $85 million in the facility, which is located on the north coast of the DR. It's slated to open this fall, when Carnival Victory visits October 6.

Once at the port, passengers will spend up to three days working with residents -- and local volunteer organizations -- employing the skills they learned onboard. Activities on the ship will be more low-key than usual, with options like Dominican movies. Passengers won't find a casino onboard, nor will they see glitzy theater productions. Even food options will include local specialties.

To get fathom off the ground quickly, Carnival will transfer a ship from its P&O brand in the United Kingdom. The 710-passenger vessel, Adonia, will move to Miami for the volunteer cruises. The ship's small size, the company said, will provide a more intimate experience, so passengers will have a better opportunity to get to know one another as they work together toward a common goal on the ship and in port.

Adonia -- the ship's name won't change -- will undergo a dry-dock refurbishment in March 2016, which will give it a radically different feel without making major structural changes, said fathom President Tara Russell.

Russell's resume includes stints with a number of nonprofit and for-profit social ventures, including Create Common Good, a company dedicated to providing training and employment to refugees, women at risk and a wide variety of other populations, and Jitasa, which provides affordable financial services to the nonprofit industry.

Russell said she had floated the voluntourism idea by Carnival Corp. President and CEO Arnold Donald, a longtime friend, in 2013 as a concept she believed would be great for the company, though she wasn't proposing she lead it. Donald loved it, and told Russell it would only work if she took the helm. She agreed and has been heading the project in secret for the past year and a half.

"I have not really existed for the past 18 months," Russell joked.

Pricing, which includes all volunteer excursions, training, related supplies, taxes, fees and port expenses, begins at $230 per person per night for a cabin with a window, so a weeklong cruise for two will cost $3,220. Passengers who wish to have upgraded cabins (balcony cabins or suites) will pay more, while those who want inside cabins will pay less. To book, passengers will have to pay a $300 deposit. Cruise itineraries go on sale this month. Gratuities and alcohol will not be included.

Though a number of lines, including Crystal Cruises and Lindblad, offer excursions that send passengers into communities to do volunteer work, having a cruise line and ship dedicated to volunteering is unique in the cruise industry.

"No one else is doing it on the scale that this will bring," Carnival Corp. spokesman Roger Frizzell said.