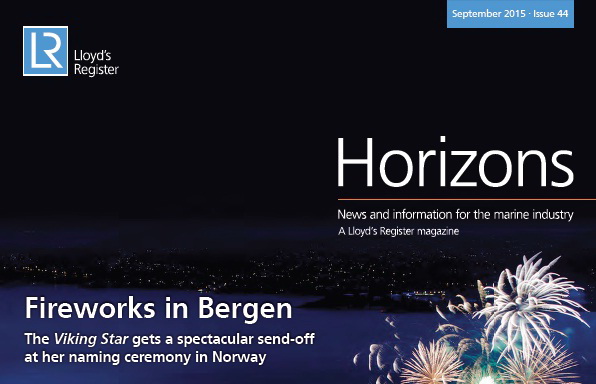 News, views and pictures of the world’s largest semi-submersible crane vessel from Heerema, pioneering  work on a future of battery-powered ships and the revival of Appledore in Devon, one of the UK’s most iconic shipyards, are three of the stand-out stories in the September 2015 Horizons.

We feature an eye-catching graphic of world firsts that LR has been involved with. From the story behind the ro-pax ferry Stena Germanica – the first ship to be powered by methanol – to unusual facts and figures about Allseas’ platform installation and pipelay vessel, Pioneering Spirit, the Shell Prelude FLNG vessel and Heerema’s Aegir pipelay vessel, three of the world’s largest ships that have all been classed by LR.

In the best of naval traditions, we include news of the building of three offshore patrol vessels (OPVs) for the Irish Naval Service by Babcock International at its Appledore- based shipyard and, as the leading classification society for yachts, we feature an article about the revival of the early craft of yacht-making – the restoration of a yacht built in 1937.

You can also read about all the latest events, activities and contracts LR has been involved with around the globe.