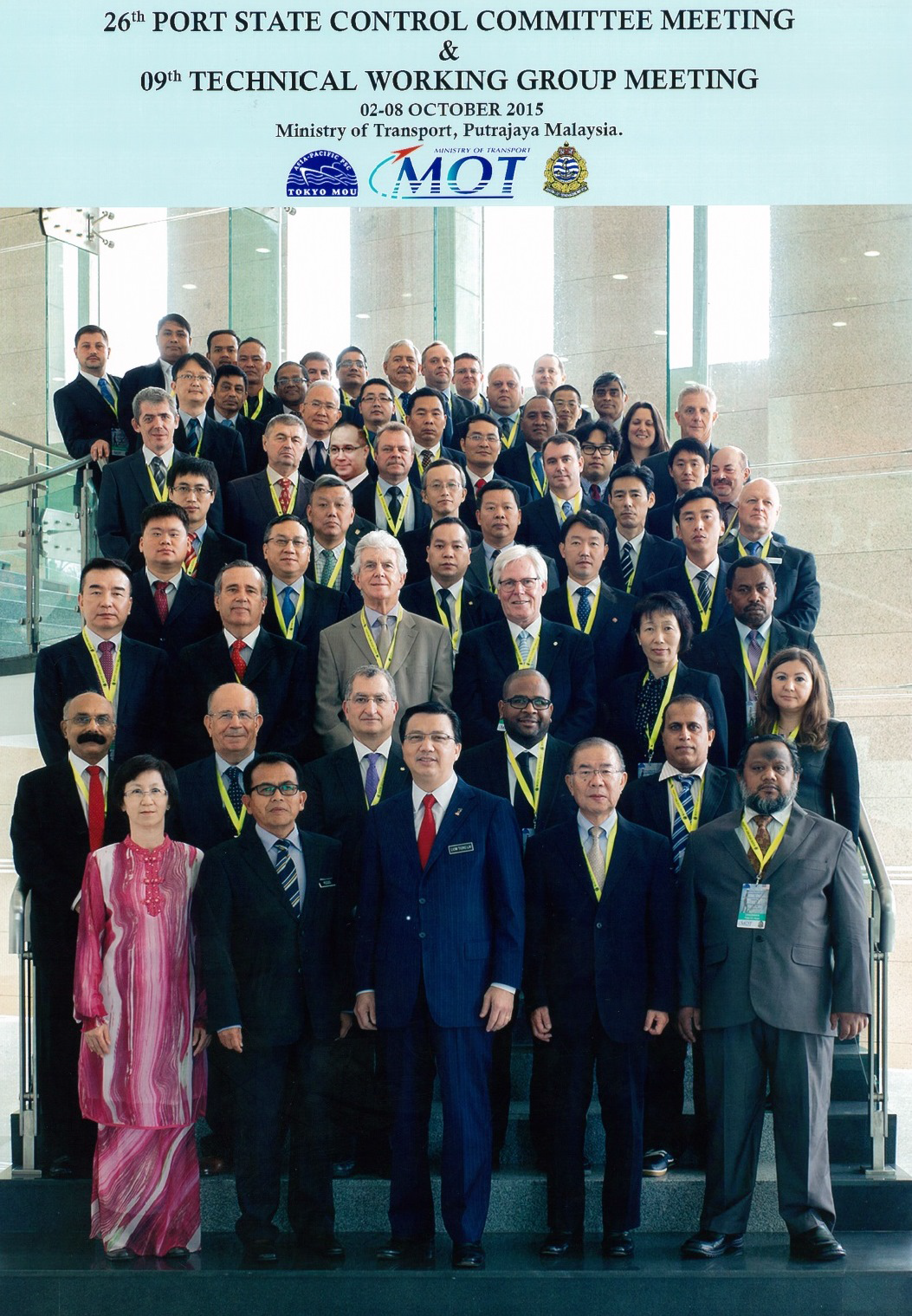 The meeting was chaired by Mr. Abdul Samad Bin Shaik Osman, Principal Assistant Director, Maritime Industry Control Division, Marine Department Malaysia. The meeting was officially opened by Dato’ Sri Liow Tiong Lai, Minister of Transport of Malaysia. In his opening speech, Mr. Liow pointed out that port State control plays important role for promotion of effective implementation of international maritime conventions. Furthermore, he commended that Tokyo MOU, as one of the leading regional PSC regimes, had made great success and remarkable achievement on elimination of substandard ships in the region.

Lastly, he reconfirmed the active participation in and continuous contribution to the Tokyo MOU by Malaysia. The Tokyo MOU was concluded in December 1993 and came into operation in April 1994. At present, the Tokyo MOU consists of 19 member Authorities: Australia, Canada, Chile, China, Fiji, Hong Kong (China), Indonesia, Japan, Republic of Korea, Malaysia, the Marshall Islands, New Zealand, Papua New Guinea, the Philippines, the Russian Federation, Singapore, Thailand, Vanuatu and Viet Nam. Peru adheres to the Tokyo MOU as co-operating member Authority. The Democratic People’s Republic of Korea, Macao (China), the Solomon Islands, Tonga, the United States Coast Guard, the International Maritime Organization, the International Labour Organization and the Secretariats of the Paris, the Indian Ocean, the Black Sea and the Riyadh Memoranda of Understanding on Port State Control and the Viña del Mar Agreement are associated with the Tokyo MOU as observers.

Furthermore, Panama, the newly accepted co-operating member Authority, also attended the meeting. The member Authorities of Fiji, Indonesia, Vanuatu and observers of the Solomon Islands, Tonga, ILO and IMO were unable to attend.

Prior to the Committee meeting, the ninth meeting of the Technical Working Group (TWG) was convened from 2 to 3 October 2015. The TWG meeting discussed matters relating to PSC technical procedures and guidelines, the Concentrated Inspection Campaigns; information system and information exchange, evaluation of work done by intersessional technical groups and technical co-operation activities. Upon completion of a three-year term as a Co-operating Member Authority, Peru applied for a full membership of the Tokyo MOU. The Committee considered the application by Peru and the report of a fact finding mission, which confirmed full compliance with the qualitative membership criteria by Peru. In accordance with provision of the Memorandum, the Committee unanimously agreed to accept Peru as the 20th member Authority. The Committee also considered the application for Co-operating Member status by Panama. The Committee unanimously agreed to accept Panama as a Co-operating Member of the Tokyo MOU in accordance with the relevant provisions of the Memorandum.

By the initiative of Canada, a Third Joint Ministerial Conference of the Paris and Tokyo Memoranda on Port State Control has been planned to be held in Canada April 2017. A preparatory discussion group meeting was convened in conjunction with the Committee meeting for the purpose of identifying issues to be addressed by the Ministers. The Committee elected Mr. Carlos Fanta, Head, Port State Control Division, Directorate of Maritime Safety, Security and Operation, Directorate General of the Maritime Territory and Merchant Marine (DIRECTEMAR) of Chile, as the new Chairman and Mr. Alex Schultz-Altmann, Manager, Ship Inspection and Registration, Ship Safety Division, Australian Maritime Safety Authority (AMSA), as the new Vice Chairman of the Committee for the next three meetings.

The twenty-seventh meeting of the Port State Control Committee will be held in Australia in October 2016.