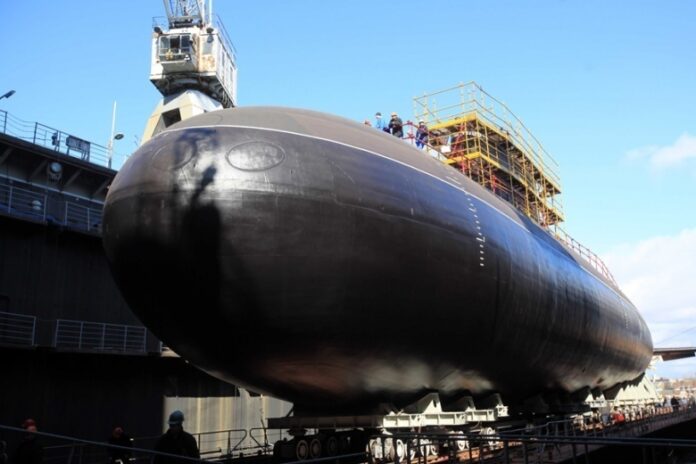 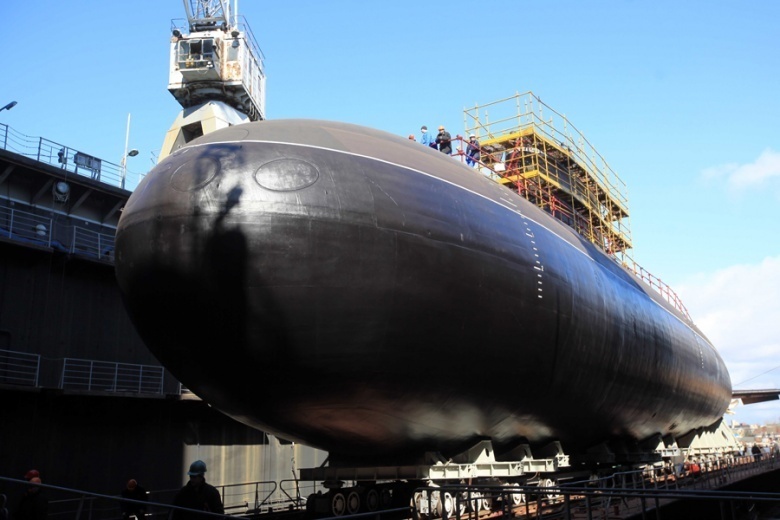 “As part of the ongoing work on the design of fifth-generation of nuclear submarines, two models of the submarine will be created. The main purpose of the first —to ensure the sustainability of strategic missile submarine cruiser combat groups, and fighting enemy submarines,” Anatoly Shlemov, a senior executive with United Shipbuilding Corporation told the Russian new outlet Lenta.ru earlier this year. “The second boat will carry cruise missiles to hit shore and surface targets.”

According to Shlemov, the two submarines—which are being developed by the Malakhit Design Bureau—will be based on a common hull design. The primary difference will be in the two vessel’s weapon systems—the interceptor variant will not feature tubes to carry long-range anti-ship or cruise missiles. That version of submarines is expected to replace Project 971 Shchuka-B (NATO: Akula), the Project 945 Sierra and the remaining Project 671RTM Shchuka-class (NATO: Victor III) boats. The SSGN variant will replace the Project 949A Oscar II-class.

The Russians say that they expect the new submarines to entire production sometime between 2017 and 2018, depending on the variant. The interceptor variant will enter service in the 2020s if the Russian projections are accurate. American assessments of the Russian developments are not so optimistic. U.S. naval experts believe the new Russian boats won’t be entering production for sometime.

“I did some checking and it seems like the Russians do have some new designs in the works. The people who watch this effort, however, don't believe it will result in new construction anytime soon,” said Bryan Clark, a submarine expert at the Center for Strategic and Budgetary Assessments. “Russia will continue with the upgrades to Akula and Sierra and construction of [Project 955A] Borei and [Project 855M] Yasen.”

Clark noted that the Russians are specifically designing the new submarine to fit into the bastion strategy the Soviet Union used to defend its ballistic missile submarines during parts of the Cold War. However, but the Soviets were forced into using that strategy by the U.S. Navy. “In the Cold War they got backed into having to defend their SSBNs by U.S. actions. Now they are designing subs for that mission,” Clark said.

The most interesting aspect of the new Russian designs is not that fact that they are designing a new generation of submarines, but rather the strategy that is driving the requirements for those boats. “I think what is more interesting is the missions they plan to use the new designs for,” Clark said. “If they believe they need a SSN [nuclear attack submarine] to protect their SSGNs, then the U.S. can force the Russians into a losing game of adding subs to protect other subs. That was part of the Cold War ASW [anti-submarine warfare] strategy.”

Meanwhile, Russia is refurbishing twelve existing nuclear submarines because it cannot build enough Yasen-class vessels to replace its current fleet. Half-a-dozen Oscars and Akulas are being modernized at the Zvezda shipyard in Bolshoy Kamen, which is in the Russian Far East. The vessels will receive a comprehensive upgrade to bring them upto the same standard as the Yasens. “Russia is upgrading some Akula IIs and Oscar IIs to give them new combat systems, new countermeasures, and new weapons. They are designating at least the Oscar IIs as a new ship class, and probably will do the same with the Akulas,” Clark said. “They are doing this because of the long time it has taken to get the Yasens out.