The competition for a A$50 billion ($34.55 billion) contract to build Australia's next submarine fleet is narrowing to a race between Japan and France as a bid from Germany's ThyssenKrupp Marine Systems loses ground over technical concerns, multiple sources said. Australia is expected to decide the winner of one of the world's most lucrative defense contracts within the next six months, ahead of a national election in which the deal and the jobs it will create is expected to be a key issue for the conservative government.

TKMS is proposing to scale up its 2,000-tonne Type 214 class vessel, while Japan is offering a variant of its 4,000-tonne Soryu boats made by Mitsubishi Heavy Industries (7011.T) and Kawasaki Heavy Industries (7012.T). France's state-controlled naval contractor DCNS has proposed a diesel-electric version of its 5,000-tonne Barracuda nuclear-powered submarine.Australia has said it wants a boat in the 4,000-tonne class.

Scaling a submarine to twice its original size presents exponential technical challenges, experts say.That puts TKMS furthest from having the experience to offer what Australia wants in a large, long-range, stealthy submarine to replace its aging Collins-class fleet, said six industrial sources in Asia and Australia with knowledge of the situation."The German proposal is an enlarged version of a smaller existing submarine, and that technically is risky," said one source. 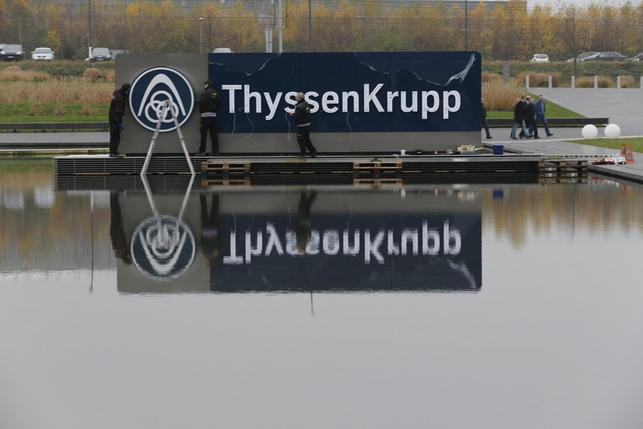 TKMS and one of the sources in Australia, who has decades of experience in the global arms industry, cautioned against jumping to conclusions as each side jockeys for the best outcome in what may ultimately be a political decision. Australia wanted a partner to design and build a new submarine, which neutralizes any perceived advantage with existing bigger boats, said TKMS Australia Director Jim Duncan."The rumors could well be right. Who knows," Duncan told Reuters when asked to respond to what the industrial sources said. "My only advice, having spent many years in this environment is: believe nothing that you hear and only half of what you see."

Officials at the Future Submarine Program at the Australian Department of Defence did not respond to a request for comment. DCNS Australia CEO Sean Costello declined to comment on his competitors, but said experience in large submarine design was critical for the Australian project. Tokyo was initially seen as the frontrunner, partly due to close ties between Japanese Prime Minister Shinzo Abe and former Australian Prime Minister Tony Abbott, who was ousted in a party coup by Malcolm Turnbull last September.

With Turnbull quiet on the matter, Japan is touting its offer as a way to build military ties between two allies in Asia, something U.S. officials have said they want to see as China emerges as a regional power.But Tokyo, which until two years ago had a decades-long ban on arms exports, has been hobbled throughout the process by a lack of experience in managing overseas defense contracts and the shifting political tide in Canberra.

With Australia facing an economic slowdown, that has put job creation and innovation atop the political agenda.Japan was slow to commit to build all vessels at South Australian shipyards, a politically significant pledge that both DCNS and TKMS made quickly.At the same time, DCNS and TKMS pledged to share sensitive technology with the Australian government and promised packages of economic incentives.Australia's Defence Department is formulating a recommendation based on materials submitted by the bidders late last year and is expected to give that to cabinet as early as March.