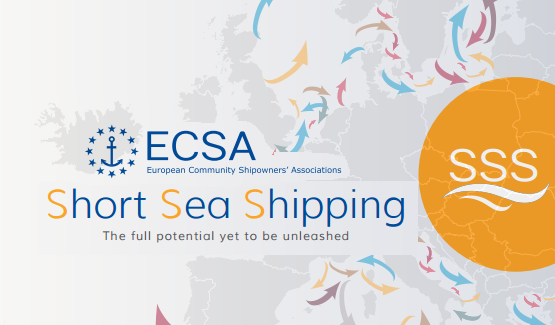 During a high level meeting organised by the Dutch Presidency of the Council in Amsterdam, ECSA (European Community Shipowners' Associations) presented its new brochure on the merits of short sea shipping. The intention behind this new initiative is to revitalise the EU’s short sea policy, which has unfortunately been neglected in the past years.

“Short Sea Shipping has been on the EU’s agenda for a long time” said Niels Smedegaard, ECSA President. “Despite many good initiatives, a number of long-standing problems have not been resolved, the market share of short sea shipping has stagnated, and worse still, declined in recent years. We believe the EU and the short sea industry alike stand to benefit from the launch of a so-called Short Sea 2.0 policy. Moving goods and people by sea around Europe instead of using other modes will decongest land-based transport networks, ease pressure on logistics chains, and dramatically reduce air emissions. Short sea shipping is the EU’s circulatory system.”

Short sea shipping is currently facing a host of legislative and administrative issues that curtail its effectiveness, limit its popularity and restrict its role in today’s EU transport system. Intra-EU shipping is still unjustifiably disadvantaged when compared to the road or rail sector, which move goods and people with minimal administrative burden.

“Short sea shipping is an often overlooked segment of the EU transport system, one that has huge potential, which could be unleashed if the many legislative and administrative impediments weighing it down were tackled in a holistic manner” commented Patrick Verhoeven, ECSA Secretary-General. “There are many low-hanging fruits and we are ready to work closely with EU policy makers to find the best way forward.”

The European Commission has over the years formulated strategies and proposed legislation with the intention of fostering the short sea sector. Disappointingly though, some efforts have fallen short of stated objectives and the industry’s expectations. Case in point: the absence of a true Single Market for shipping, which disproportionally affects short sea operators. The European Commission had in 2010 proposed legislation to rationalise and streamline the administrative formalities for ships calling at EU ports by moving to a paperless environment. The adopted legislation however lacked ambition and led to the creation of separate and often incompatible so-called National Single Windows (data entry points) instead of a harmonised EU Single Window.

Commenting on this issue during the conference, Deputy Director-General DG Move, European Commission, Fotis Karamitsos said: “The EU Single Window is within reach. The technology is already available, it is now only a matter of political will. The shipping industry should continue its campaign for a more workable solution.”

The ECSA Short Sea Shipping brochure can be downloaded by clicking below image. 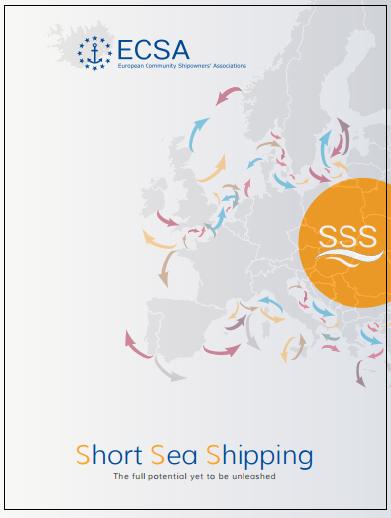