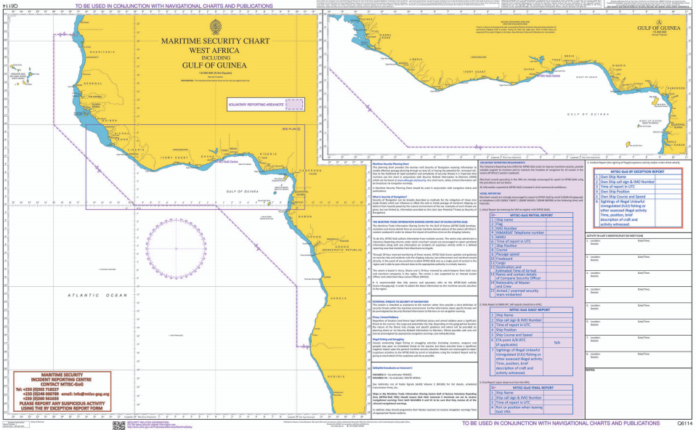 Τhere have recently been reports of a security breach in the Maritime Trade Information Sharing Centre, Gulf of Guinea (MTISC-GoG), resulting in information being leaked to individuals with the intent and capability to launch hijackings in West Africa. The Standard P&I Club informs that this breach has not yet been formally confirmed, however it is strongly advised that vessels should use caution when reporting to MTISC GoG.

BIMCO have advised that the company risk assessments and vessel hardening procedures described in the‘Guidelines for Owners, Operators and Masters for Protection against Piracy in the Gulf of Guinea Region’ should continue to be followed.

BIMCO have recommended that ‘vessels entering the vessel reporting area for West Africa should continue to register with MTISC GoG in order to receive incident reports, but limit the provision of any information which would allow vessels to be identified or tracked.  This will allow continuity of shipping security in the region.’ 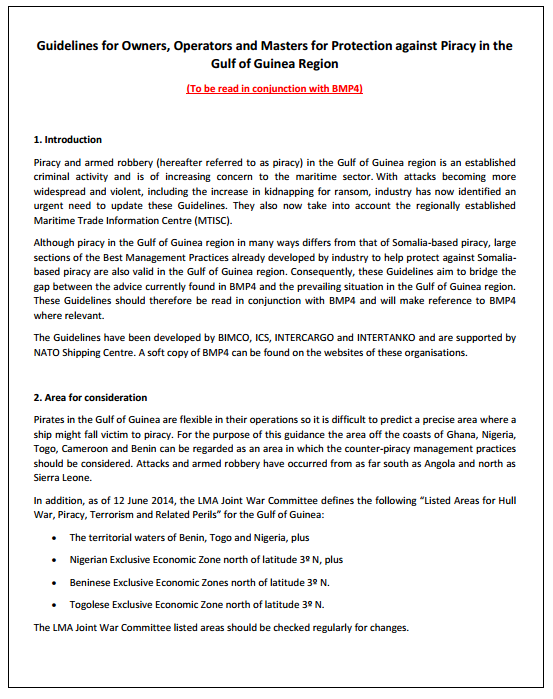 UKHO has published its 5th version of the Q6099 chart which includes the reduction in the size of the ‘High Risk’ area as agreed by the countries involved in the setting of limits. The changing of these limits reflects the effectiveness of ‘Anti-Piracy’ measures put in place over the years, and use of the information disseminated by the previous versions of the chart.

Q6099 chart is one of a series of new Maritime Security Charts that contains security related information to mariners for the geographical area of this chart. It also includes the details of reporting schemes and regional contacts, as well as general security advice and is to be used in conjunction with standard nautical charts and publications.

The new version of this chart has been produced with the cooperation of both private industry and ‘Contact Group on Piracy off the Coast of Somalia’, presented here in chart format through the ADMIRATLY product range by the Royal Navy.

The UKMTO ‘Voluntary Reporting Area’ now mimics the previous ‘High Risk’ area, and on the main panel shallow water blue has been removed to make clearer the extent of the VRA. There are several other addition and changes to the chart, such as updated contact details for the authoritative reporting agencies, making the chart a must have for transit of this area. 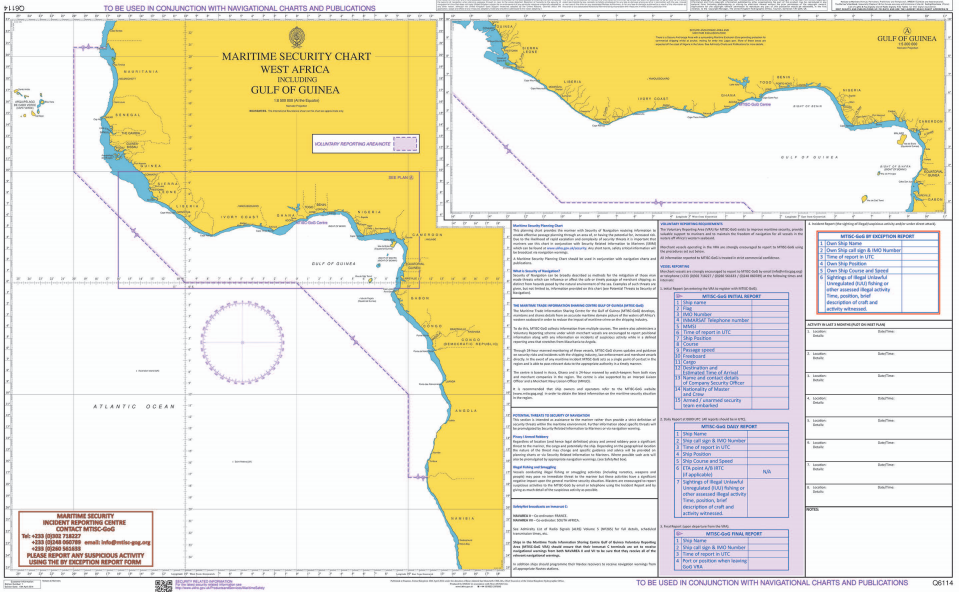