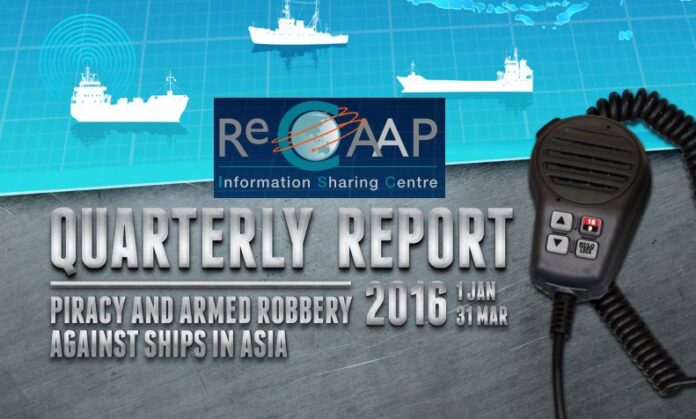 The ReCAAP (Regional Cooperation Agreement on Combating Piracy and Armed Robbery against Ships in Asia) Information Sharing Centre posted its Report for the first quarter of 2016.

There has been improvement in the situation of piracy and armed robbery against ships in Asia during January-March 2016 compared to the same period in 2015.

Of the 14 incidents, 10 occurred in India, and remaining four in China, Indonesia, Philippines and Vietnam.

During the period of January-March 2016, there was no report on hijacking of tankers for theft of oil cargo and no unauthorized boarding of ships while underway in the Singapore Straits. Reportedly, no such incidents had been reported since September 2015 and December 2015 respectively.

The incident of kidnapping of crew off the Philippines is of concern and the ReCAAP ISC together with Focal Point (Philippines) and regional authorities are monitoring the situation there closely and advise ship master and crew to exercise enhanced vigilance and lookout when operating in the area.

The intensive enforcement by the Indian Coast Guard (ICG) in the waters off India’s ports and anchorages, had led to the arrest of several suspects on 22 Feb 16.

No incident was reported there since then till March 2016. However, there is no room for complacency; and more needs to be done. The ReCAAP ISC continues to encourage closer cooperation and coordination among littoral States, shipping industry and relevant stakeholders towards our shared commitment in keeping the sea in Asia safe. 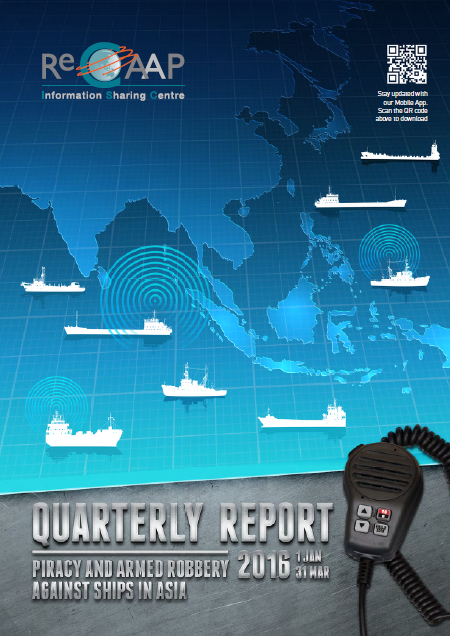