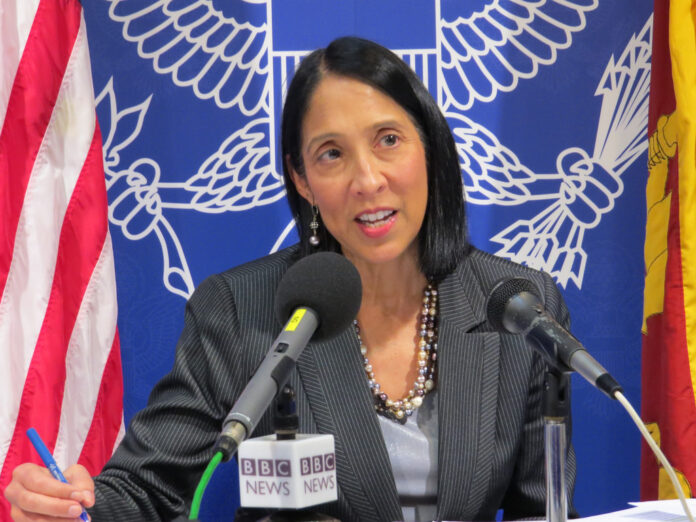 Nigeria is losing about 1.5 billion dollars a month to piracy, armed robbery at sea, smuggling, and fuel supply fraud, a U.S. official said.

Amb. Michele Sison, U.S. Deputy Representative to the UN, made this known yesterday in New York. She made the revelation at the UN Security Council Open Debate on Peace Consolidation in West Africa with the theme “Piracy and Armed Robbery at Sea in the Gulf of Guinea”.

Sison said illegal, unreported, and unregulated fishing also generate a sizeable income loss in the hundreds of millions of dollars a year, for many countries and communities that depend on this sector to survive. She said that earlier this month on April 11 at 7.56 p.m., pirates attacked a cargo vessel off the coast of Nigeria. She added that the pirates waited for darkness before ambushing the vessel and boarded with force.

The captain and crew sounded the alarm and hid in a protected space on the ship only to discover when they emerged the following day that two of their crew were missing. “A second officer from the Philippines and an electrician from Egypt; both are still missing. This was neither the first pirate attack of the year, nor even the first attack that day. Earlier on April 11, the very same day, pirates had attacked a Turkish cargo ship off the coast of Nigeria, kidnapping six of the crew, including the vessel’s captain. Those men are also still missing. “Piracy and armed robbery in the Gulf of Guinea are increasing at an alarming rates, with some industry experts recording at least 32 attacks off the coast of Nigeria alone in 2016, affecting many Member States, including the U.S. The economic consequences for the people of the region are devastating.

“According to a Chatham House report, as much as 400,000 barrels of crude oil are stolen each day in the Gulf of Guinea. 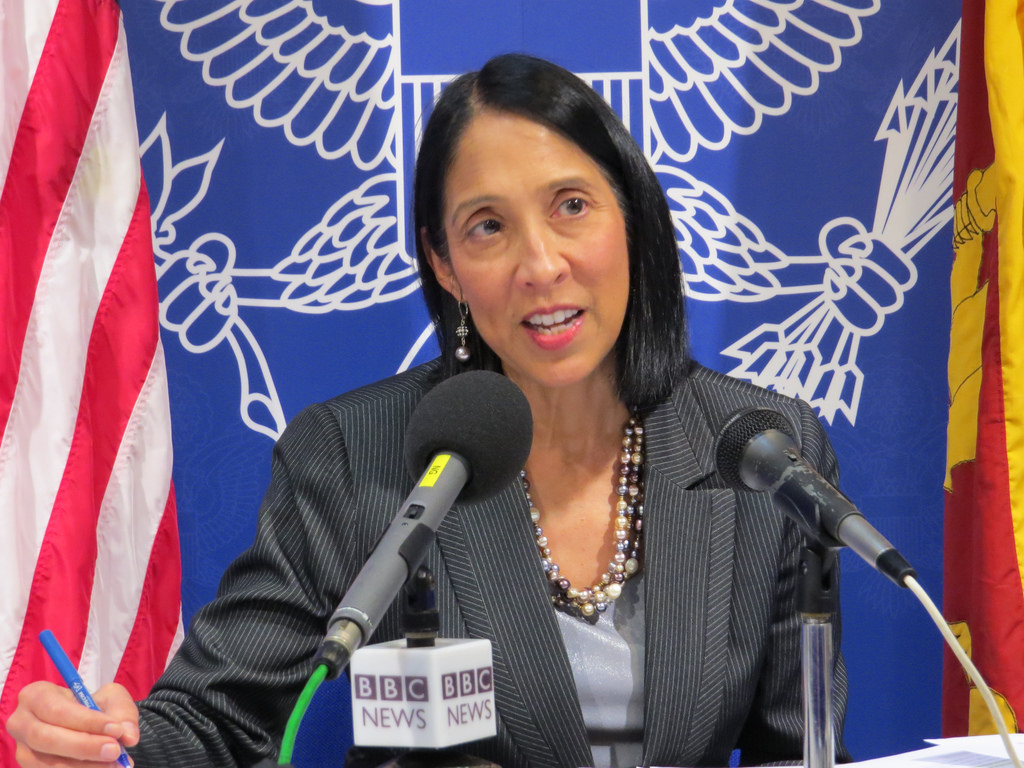 So, what’s causing this?

She said:” we have spoken many times in this chamber about the root causes of piracy, ineffective governance structures, weak rule of law, precarious legal frameworks and inadequate naval, coast guard, and maritime law enforcement.

“The absence of an effective maritime governance system in particular hampers freedom of movement in the region, disrupts trade and economic growth, and facilitates environmental crimes.“We have also acknowledged in our resolutions and in the presidential statement adopted this morning that the solution to these root causes lies in greater African stewardship of maritime safety and security at the continental, regional, and Member State level. “Strong political will from African governments and leaders is needed to pursue and prosecute crimes at all levels within criminal enterprises”.She said that maritime crime flourishes under ineffective or complicit governance structures, but was diminished when rule of law was effective.She said that with the absence of African ownership and action from national and local governments to tackle maritime security challenges, there was little reason to believe that attacks in the Gulf of Guinea would decline.In this regard, she welcomed the Yaoundé Summit documents, which articulated a comprehensive view of maritime safety and security, including combating illegal fishing; trafficking of arms, people, drugs, and maritime pollution.

Sison underscored the importance of a comprehensive regional approach to addressing maritime insecurity. A comprehensive approach, she said, would help to reduce the loss of national revenue, support socio-economic development and expand environmental protection in the region.