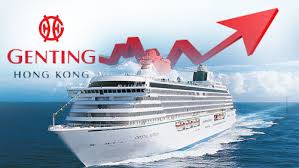 Genting Hong Kong completes the purchase of three shipyards in Germany to form the Lloyd Werft Group and puts in an order for ten ships.

Genting Hong Kong Ltd., which is a member of the Malaysian Genting Group, announced on 26 April 2016 the completion of the acquisition of Nordic Yards’ three shipyards in Wismar, Warnemunde and Stralsund in Germany for 230.6 million Euros. The deal will give Genting the core expertise, manpower, fabrication capacity and covered drydocks to build a global cruise fleet for its three brands Crystal Cruises, Dream Cruises and Star Cruises.

“We are pleased with the completion of the transaction as ownership of the yards provides certainty that we can build a fleet of high quality cruise ships at a pace dictated by our growth,” said Tan Sri Lim Kok Thay, Chairman and Chief Executive Officer of Genting Hong Kong.

The newly acquired yards, together with the previously purchased Lloyd Werft shipyard in Bremerhaven, will be managed as the Lloyd Werft Group, optimizing the strengths of each yard for design, fabrication, outfitting and final assembly using the two huge covered drydocks in Wismar and Warnemunde and one ship launching lift in Stralsund.

The three shipyards are unique with covered drydocks and building halls, resulting in high labour productivity and completion quality. The Wismar and Warnemunde shipyards are capable of building cruise ships of 200,000 gross tons each. The company will further invest about 100 million Euros in thin steel fabrication facilities, cabin module factory and other improvements and, together with the existing production capacity in the three yards, will be able to build two mega cruise ships and a mid-size cruise ship or megayacht a year by the next decade.

All of the yards are situated in close proximity to each other in the north of Germany, where there is a long tradition of building high quality and innovative cruise ships. The Lloyd Werft Group will become one of the two largest cruise ship building groups in Germany and one of four in Europe and the world On 10 May 2016, Tan Sri Lim Kok Thay signed a € 3.5 billion order for 10 ships with the Lloyd Werft Group, comprising of two “Global Class” cruise ships for Star Cruises, the largest to be built in Germany, as well as eight vessels for Crystal Cruises.

“These orders will help support the German and European shipbuilding industrial sector and employment during the current shipbuilding downturn”, said Rüdiger Pallentin, Managing Director of the Lloyd Werft.

The Genting Group was founded by the late Tan Sri Dr. Lim Goh Tong in 1965 with Genting Berhad as the investment holding and management company of the Genting Group. The Genting Group is involved in various businesses including leisure and hospitality, the cruise ship industry, as well as power generation, oil palm plantation, property development, biotechnology and oil & gas.