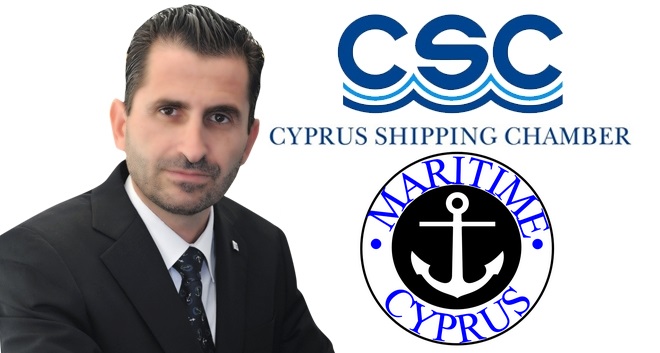 The possibility that Cyprus Shipping Chamber (CSC) Director General gave a cautious welcome to views that the UK decision to exit the European Union may lead to an inflow of British shipping firms to the Cyprus shipping industry, according to the Cyprus News Agency.

British ship owning and ship management companies may seek to relocate their headquarters to another EU member-states including Cyprus was raised by Bank of Cyprus major shareholder Wilbur Ross.

“Surely there are prospects not only in relation to England but also globally as to whether Cyprus can be another attractive place for shipping activities,” he said, pointing out that Cyprus has a fully developed maritime cluster.

The Cypriot registry ranks 10th in the world and third in the EU, while Cyprus is considered as one of the biggest ship management centres globally, contributing 7% to the island GDP Kazakos said.

He however cautioned that “it is too early to reach any conclusions on the next steps as neither the EU nor the UK have concluded to the final exit agreement and that will consequently impact England`s highly developed maritime cluster.”

“What`s important, not because a problem emerged in one country, is for Cyprus to continue maintaining its attractiveness, competitiveness, transparency and its (tonnage tax EU) official approval so that when opportunities arise, to be considered as steady operating base,” he added.

Kazakos said that a small number of Greek shipping companies, amounting to single digits have opened offices in Cyprus, following the uncertainty with regard to the approval of the Greek tonnage tax system. Cyprus` respective tonnage tax system has been approved by the European Commission have been approved under the EU state aid rules.

He said that these firms are quality companies which have employed local staff and foreign specialised personnel.

“These firms have indeed begun operations on a preliminary basis, they are quality companies and I can say that they began joining the ranks of the CSC.” Kazakos said.

Noting that in case the Greek tonnage tax system is not approved there will be more interest from Greek firms, noting that a large number of Greek shipping companies, including companies owned by London-based Greek shipowners, are looking to other EU member-states to relocate their headquarters.

Replying to a question on Cyprus` maritime administration, Kazakos praised the efforts of Transport Minister Marios Demetriades who commissioned a review on the operation of the Department of Merchant Shipping, whereas the Ministry itself will undergo reform in the context of the public administration reform.

“This is a very sound course, a bottom to top reform which will assist the DMS, established in 1963, to reach a more contemporary era to respond to the requirements of shipping, a globalised industry that never sleeps,” Kazakos said.

With regard to the government`s aim to appoint a Deputy Minister responsible for growth, Kazakos reiterated that such an appointment would strengthen the efforts to further promote the Cyprus shipping industry as it will give increased political backing.

Such a position, he said, would assist the DMS complementing the three basic functions for shipping.

Those are, he said, the drafting, supervision and implementation of a national maritime strategy, the representation of Cyprus to the various international shipping forums and the promotion of the Cyprus maritime industry. Kazakos furthermore noted that this political appointment would lead to a clear structure in policy-making issues and problem solving that require political decisions.