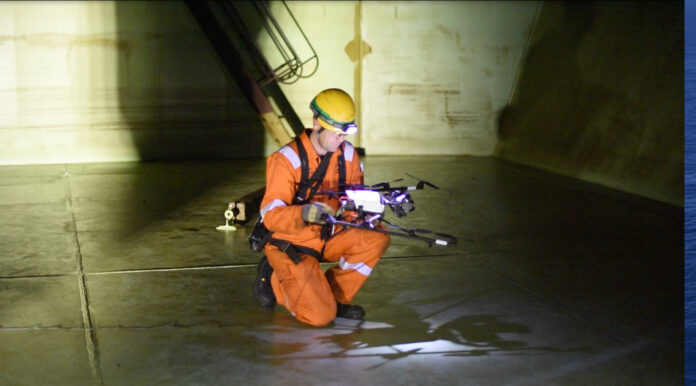 The world-first took place on board the Gryphon FPSO, owned and operated by Maersk Oil in the UK North Sea. Similarly to other FPSO operators, Maersk Oil has requirements to visually inspect cargo tanks for integrity, damage assessment and class certification. This type of inspection is usually conducted by rope access technicians (RAT), who are suspended on ropes to inspect the tank structure, focusing on areas of high stress, such as stiffeners, brackets, bracing, webs and stringers.

Malcolm Connolly, Cyberhawk’s technical director and founder, was part of the team mobilised to this project. He added: “We have completed many projects with Maersk Oil since first working together in 2013. Both parties were keen to develop an effective ROAV inspection method for FPSO cargo oil tanks, as well as other tanks and storage vessels. The successful completion of this project has demonstrated that this is now possible.

“Not only have we removed one of the most significant risks associated with tank inspection, working at height, but we have also highlighted the significant cost and time savings achieved by ROAV inspection.”

One of Maersk Oil’s main priorities was to reduce the human risk factors presented by rope access, which includes working at height for sustained periods of time as well as working in confined spaces. Inspecting the tank with Cyberhawk’s ROAV allowed Maersk Oil to undertake a quick and safe audit of the tank, in turn allowing them to identify and more efficiently plan for any possible contact-based inspections in both this and other tanks.

Using an ROAV, also known as a UAV or drone, for the cargo oil tank inspection also has significant saving potential per tank compared with the traditional method of rope access. This inspection technique can now be applied to all large internal tanks, on vessels such as FPSOs, bulk carriers and tankers.

Cyberhawk mobilized an experienced two-man ROAV team, consisting of an ROAV pilot and inspection engineer. The inspection of the critical components of the tank was completed within a day, in comparison with rope access, which would usually take between 3 to 4 days for the same workscope. 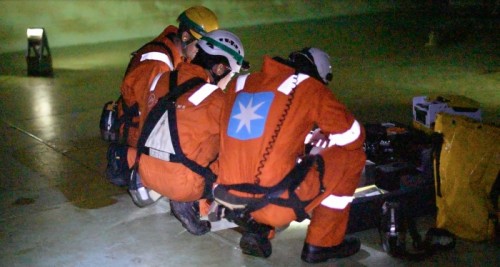