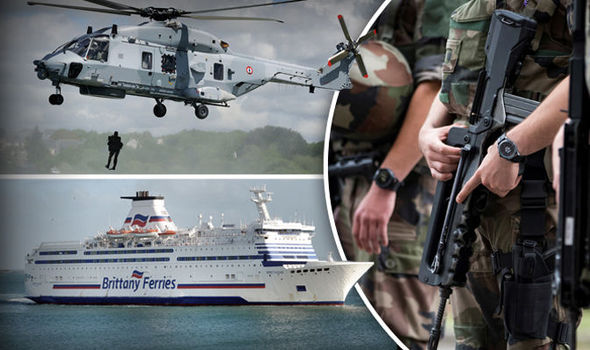 FEARS of a terror attack against passengers on ferry crossings between Britain and France have prompted one of France’s biggest ferry companies to consider the unprecedented step of having armed sea marshals on board.

A security exercise conducted by Brittany Ferries earlier today saw armed personnel put on board the Mont St Michel ferry travelling from Portsmouth to Caen. Hundreds of passengers onboard the vessel were warned that they were in the middle of a security drill and half-way through the crossing, at about 5.30pm, three armed French sea marshals wearing full military kit landed on the ship by helicopter.

The marshals, who are effectively part of the French military, proceeded to patrol the ship in a rehearsal of what could become commonplace. Strengthening security on cross-Channel ferries is part of a wider crackdown by the French government as it tries to deal with the terror threat that has already seen a number of high profile attacks on the French mainland.

The security crew travelled with passengers to France, where they left the ship on foot

With the nation on its highest level of security alert, French authorities are keen to be seen to be taking action, particularly on French-flagged vessels, to tackle potential security threats.A Brittany Ferries spokesman said: "Access to outside decks was not allowed at the time of the helicopter's arrival. The security crew travelled with passengers to France, where they left the ship on foot.”They added: "Security exercises like today's on board Mont St Michel give Brittany Ferries an opportunity to practise its incident response in partnership with other agencies.”The spokesman mentioned that they would not go into further details of what they described as a “security exercise.”

Asked whether the company would be introducing armed guards on its ferries, they said: “This is driven by the French government. Not by individual companies. No different to enhanced security measures in ports, airports, cities and resorts.” 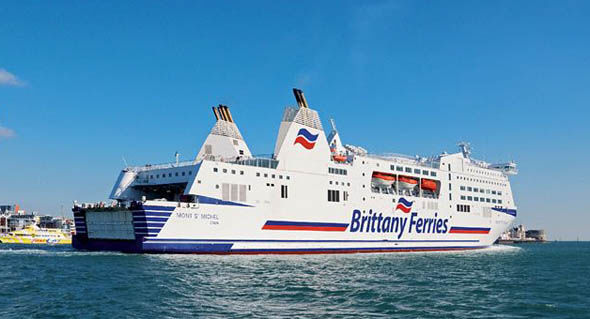