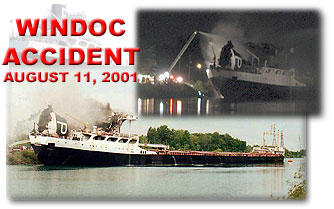 On 11 August 2001, the motor vessel Windoc and the Allanburg Bridge suffered a collision. Ship-bridge collisions are rare, because a true collision requires that both objects be in motion at the time of impact. 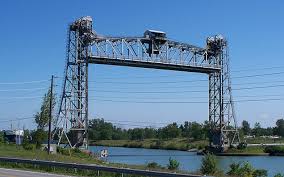 The St. Lawrence Seaway Management Corporation (operator of the bridge) initially denied responsibility, but later paid damages after the Transportation Safety Board (TSB) of Canada issued a report (M01C0054) finding that the performance of the individual operating the bridge at the time was “likely impaired” when he lowered the span prematurely. A short, but interesting, video of the collision and its immediate aftermath is also available.