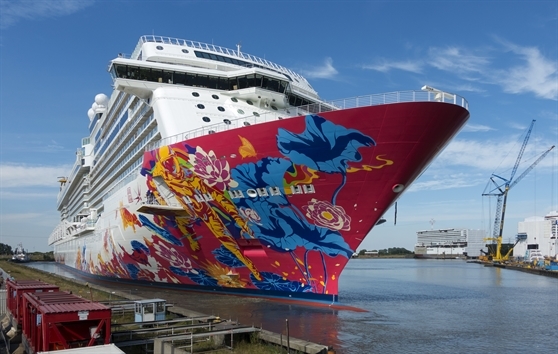 The shipyard said in a statement that over the last few weeks it “has been busy conducting extensive tests, interior work and machinery trials”.

Dream Cruises is Genting Hong Kong’s new cruise line, catering to the large and rapidly growing high-end market in China and Asia. Genting Dream will debut from its dual homeports of Guangzhou (Nansha) and Hong Kong in November this year. The second in its class named GENTING WORLD will be completed in November 2017.