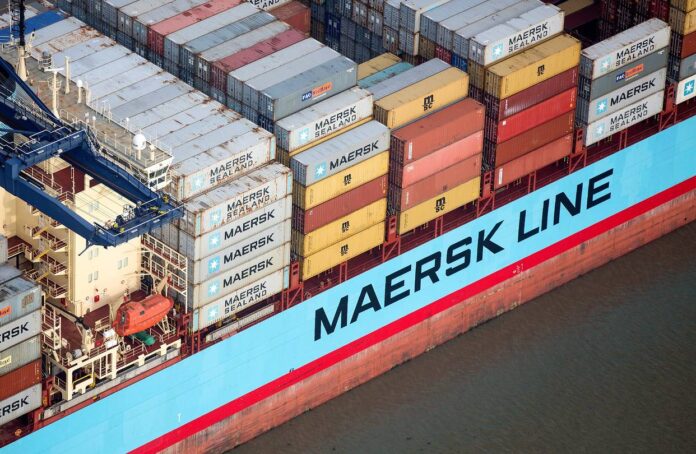 Danish conglomerate A.P. Moller-Maersk is splitting itself in two, in a move that could unlock value for shareholders.

Its two classes of shares (tickers: MAERSK.A.Denmark and MAERSK.B.Denmark) have surged about 18% since June 23, when the owner of Maersk Line, the world’s largest container-shipping company, appointed a new chief executive and tasked him with carrying out a strategic review. Class A shares have voting rights; class B shares don’t.

As a result of the review, A.P. Moller-Maersk last month announced it would separate its energy activities, which account for 24% of group revenues; last year those totalled more than $40 billion. It isn’t getting out of the oil business, at least for now.

The share-price gains since the review was announced have gone some way to erasing the company’s conglomerate discount, a situation where a diversified group’s subsidiaries trade at a discount to their intrinsic value.

However, there could be more to come. “I think we have seen some of that [erosion of the discount], but not all of it,” says Katrina Dudley, a portfolio manager at the Franklin Mutual European fund, which owns the stock. She sees potential upside of 20%.

The Copenhagen-listed shares have fallen 17% in the past two years as shipping rates have slumped due to overcapacity, forcing some players out of business, and oil prices have dropped by half, despite a recent resurgence. The shares trade for about 15 times estimated earnings for 2017 and pay dividends at yields above 3%.

Jefferies analyst David Kerstens calculates net asset value at DKK13,350 on a sum-of-the-parts basis for both classes of shares. Allowing for a 10% conglomerate discount, his price target is DKK12,000, or 26% above the latest price.

He estimates the enterprise value of A.P. Moller-Maersk’s energy businesses at $16 billion, but adds: “The amount of cash it realizes will depend on the transaction structure.”

Copenhagen-based A.P. Moller-Maersk, founded in 1904, says it will consider joint ventures, mergers, or listings for its energy businesses. These include Maersk Oil, which produces oil from the North Sea, Qatar, Algeria, and Kazakhstan, and generated revenues of $5.6 billion in 2015, and Maersk Drilling, a provider of drilling services, which produced 2015 revenues of $2.5 billion.

Any transaction may not be straightforward. The family foundation that controls more than 40% of the shares and over 50% of the voting rights seems more enthusiastic about the energy business than A.P. Moller-Maersk, and may prefer to retain an interest in the oil-related assets.

A.P. Moller-Maersk is giving itself up to two years to “find solutions” for its oil businesses, but investors and analysts suggest it may want to take initial steps sooner to demonstrate that it is serious about its new direction. Investors will be hoping for more details when the company hosts a capital markets day on Dec. 13.

ESSENTIALLY, A.P. MOLLER-MAERSK IS STAKING its future on the transport and logistics industry, betting that it can squeeze synergies from its operations, which include APM Terminals, operator of 57 ports and terminals in 36 countries, and Damco, a provider of freight-forwarding and supply-chain-management services.

There’s plenty of scope for cooperation, as the transport and logistics businesses previously operated independently. That meant Maersk Line could use services provided by APM Terminals’ rivals if the price was cheaper. Consequently, only about 50% of APM Terminals’ volume came from Maersk Line.

A.P. Moller-Maersk is looking to improve its offering to customers based on the combined capabilities of Maersk Line, APM Terminals, and Damco. It aims to make better use of its assets, harvest synergies, and optimize its network.

Management—led by Soren Skou, who has run Maersk Line since 2012 and replaced Nils Smedegaard Andersen as CEO four months ago—projects that it can reap savings that will boost the return on invested capital by two percentage points over three years. On an invested capital base of $30 billion, that would represent an increase of $600 million. According to analysts at Credit Suisse, that is equivalent to 43% of estimated 2016 net income of $1.4 billion, although their estimate for net income is above consensus.

The company’s future may not be plain sailing, but it could lead to greater returns.