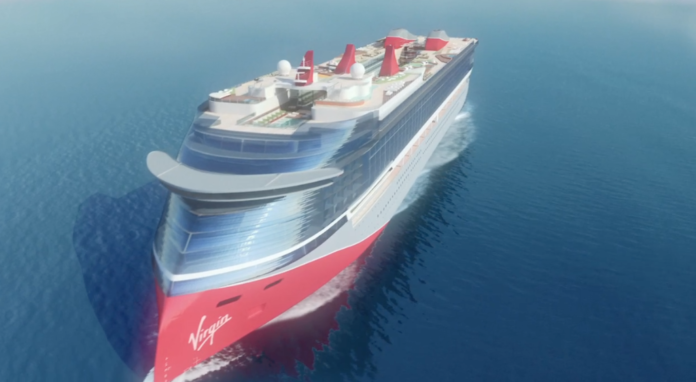 Virgin Cruises has officially re-branded as Virgin Voyages and has ordered three cruise ships with the first one debuting in 2020. The cruise line is promising to “change cruising forever”.

Virgin Voyages, backed by lead investors Bain Capital Private Equity and Virgin Group, expects the multi-billion dollar financing package for the purchase of its three ships to be finalized shortly. But the company is promising a transformative product that will differentiate the Virgin Voyages experience from other cruise lines.

The vessels are being built by the Italian shipbuilding company Fincantieri with a capacity of at least 2,700 passengers, considered midsize by the cruise industry.

"Thousands of future sailors and travel professionals let us know they want us to deliver the most irresistible vacation at sea and that even our name should leave them dizzy with anticipation". The company revealed that the steel cutting for the first ship will begin in early 2017 and the ships keel will be laid in the fourth quarter of 2017.

Unlike Virgin’s previous press announcements, when Branson arrived by helicopter, the ever-flamboyant Branson’s appearance was relatively subdued. He appeared onstage as a cabana boy bearing champagne for two bikini-clad dancers.

Virgin Voyages’ mission is to attract travellers who may never have considered cruising — like Branson himself.

“The only reason we ever go into a new industry is if we feel it’s lacking in something and I think the cruise industry, there is a lot of people who just would never go on a cruise ship,” Branson told the Miami Herald in an interview Tuesday. “We basically decided, ‘Let’s have a blank sheet of paper, let’s create the kind of voyage company that we would like to go on,’ and that’s what we’ve done.”

The brand, which had been announced as Virgin Cruises toward the end of 2014, released this later series of updates at a press event Travel Agent attended at the Faena Hotel Miami Beach. "Transforming hot water to electricity will be a major source of energy production going forward", said founder and CEO of Climeon, Thomas Öström.

Virgin Voyages CEO Tom McAlpin said that the company remains on track to take delivery of the first of three 110,000-gross-ton ships that it has on order from Fincantieri in 2020, with the next two ships to follow in 2021 and 2022. So we're excited to announce our partnership with Climeon.

Each cruise ship from Virgin Voyages will be 110,000 gross tons and carry 2,800 passengers.  The first ship will launch in 2020 and sail week long cruises to the Caribbean from Miami Port, the Cruise Capital of the World. Construction will begin on this ship in 2017.

What will Virgin Voyages be like?  Their websites states that “We’re on a mission to build a bold new cruise line just for you. One that makes sailing the ocean blue exhilarating. After all, that’s how travel should feel. It should be a departure from an ordinary getaway — audacious, romantic and always about you. It should never be just about getting from point A to point B. Virgin Voyages will be the place where irresistible style has finally found its sea legs.”