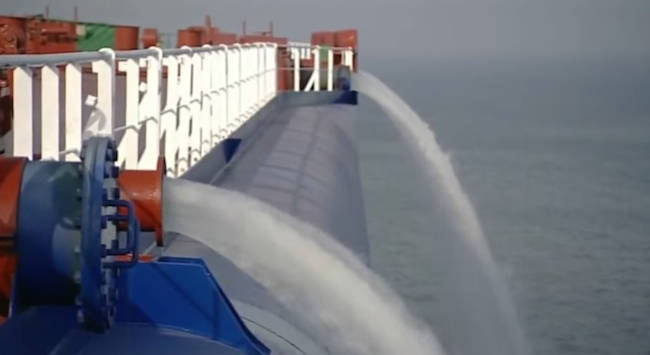 With the accession by Finland to the International Convention for the Control and Management of Ships’ Ballast Water and Sediments, 2004 (better known as the Ballast Water Management or BWM Convention), there are now sufficient ratifications for the Convention to enter into force. Entry into force will occur on 8 September 2017. It has been an agonisingly slow process for a convention that was adopted with such high hopes.

Starting in the late 1970’s as vessels became larger and faster, concern arose that they inadvertently might be transporting viable organisms from one port where they were endemic to anther port where they were not naturally found but could survive. Hard evidence of this was found in 1988 when zebra mussels, native to the Black Sea, were identified for the first time in Lake St. Clair near Detroit. The zebra mussels were found to have been transported on bulk carriers travelling from Soviet and Warsaw Pact ports on the Black Sea to the Great Lakes to load US and Canadian grain. Those ships discharged their ballast water in the Great Lakes in preparation for taking on the exported cargo. Zebra mussels have since spread throughout the Great Lakes and many smaller lakes in the region , causing billions of dollars in damage, particularly to local water systems and power companies.

As the number of invasive species proven to have been or suspected of being transported by ballast water increased, governments took action. In the United States, aquatic nuisance species statutes were adopted requiring high seas ballast water exchange. Other nations took similar steps. The IMO adopted guidelines on how such ballast water exchanges should be performed. The dangers , though, of emptying a ship’s ballast tanks underway were highlighted by the severe listing and near-capsizing of the car carrier Cougar Ace off the Aleutian Islands in July 2006.
.
This incident provided impetus for acceleration of the effort to identify and implement methods for effectively treating a ship’s ballast water so that it could be discharged in a port distant from where it had been onloaded with minimal risk of the introduction of marine invasive species. Companies started research and development projects to identify processes that could be installed on commercial vessels to achieve this goal.
.
All eyes, though, turned to the International Maritime Organisation (IMO) to come up with an internationally acceptable standard against which such processes could be measured. It proved to be a difficult task. Manufacturers wanted standards that they felt confident could be met within a reasonable timeframe. Ship owners wanted standards that would incur minimal installation and operational costs. Nations that considered themselves at risk of aquatic nuisance species invasions wanted standards as high as feasible.

The United States is not party to the BWM Convention and it is unlikely that it will become party thereto within the foreseeable future. The United States, though, has adopted the identical ballast water discharge standard as that contained in the BWM Convention, with the important exception of the word ‘viable’, which appears in the BWM Convention but not in the counterpart US statutes and regulations.
.
The major difference between the US and the Convention standards is with respect to the process for testing the performance of the various BWM systems seeking approval. The US testing requirements are more robust. Test results are accepted only if those tests were performed by an independent laboratory. The quality assurance/control processes must be fully documented. The test procedures must be validated. Any scaling must be done in accordance with the BWM Convention requirements.
.
The US requires that certain tests be conducted on BWM systems actually installed on ships. In addition, the US does not accept test results based on the ‘average most probable number’ of viable organisms in discharged ballast water. Rather,
the US has rejected the acceptance of any BWM system that acts to make organisms unviable or unable to reproduce rather than killing or removing them.

The US Coast Guard has implemented an Alternative Management System (AMS) program that allows a ship with a BWM system that have received type approval in accordance with the BWM Convention to continue to utilise that that system in US for up to five years after the applicable compliance date provided for in the US BWM regulations. This is a temporary measure, adopted in recognition that no BWM system has yet successfully completed the US testing requirements and been granted USCG type approval. It is based on the Coast Guard’s determination that using a BWM Convention - approved BWM system is at least as effective as conducting high seas ballast water exchange in reducing the risk of the introduction of aquatic nuisance species.
.
With the scheduled entry into force of the BWM Convention, one should not expect any substantial change in the US position regarding ballast water management. The differences between the programs, particularly with regard to system
testing, are too great and there is no indication that the BWM Convention will be changed to accommodate the US concerns.
.
As a result, the maritime industry will be in a situation similar to that following adoption by the United States of the Oil Pollution Act of 1990 (OPA 90). There will be two similar, but not identical, BWM systems: one for covered vessels operating in US waters and another for covered vessels operating in the waters of other nations. Vessels in compliance with the US BWM standards will be able to operate worldwide. Vessels in compliance with only the BWM Convention standards will eventually not be able to operate in US waters.
.
With luck, a number of IMO type-approved BWM systems will also garner US type approval . The first application for USCG type-approval has now been received.
.
Source: Dennis L. Bryant, Bryant’s Maritime Consulting.
[Total: 0]