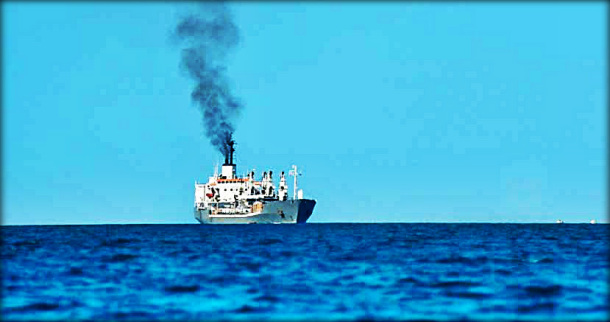 As already previously mentioned, on 1st of July 2015 Regulation (EU) 2015/757 on the monitoring, reporting and verification of carbon dioxide (CO2) emissions from maritime transport, entered into force.  The Regulation (EU) 2015/757 aims to gain a better understanding of fuel consumption and CO2 emissions from shipping activities within the European Union (EU), and it could be used to create any future greenhouse gas reduction initiatives.  As a first step, the regulation is intended to measure CO2 emissions, which will then allow the EU to define reduction targets and finally provide with the means to achieve those targets, as appropriate.

In November 2016 the European Commission (EC) adopted the last two Delegated Regulations completing the legal framework of Regulation (EU) 2015/757.  The Delegated and Implementing Regulations aim at helping companies to fulfil their monitoring and reporting obligations in a harmonised way, and set additional rules for verification and accreditation of MRV shipping verifiers.

Is amending Regulation (EU) 2015/757 Annexes I and II with regards to the methods for monitoring carbon dioxide emissions and the rules for monitoring other relevant information.

Includes templates for monitoring plans, emissions reports and documents of compliance.  Companies must use the templates included in this implementing regulation when preparing their monitoring plan for each ship as well as later on when submitting emissions reports to verifiers.  Companies may split the monitoring plan into a company-specific part and a ship-specific part, provided that all elements set out in Annex I of the Implementing Regulation 2016/1927 are covered.  The information contained in the company-specific part, which may include tables B.3, B.6, D, E and F.1 shall be applicable to each of the ships for which the Company is to submit a monitoring plan pursuant to Article 6 of the Regulation (EU) 2015/757.

A decision of the EEA Joint Committee No 215/2016 of 28th of October 2016 amended Annexes XIII (Transport) and XX (Environment) to the EEA Agreement which provide Extension to EEA and in practical terms means extension of Regulation (EU) 2015/757 to ports under jurisdiction of EEA MS:

are also to be monitored and reported from 1st of January 2018.

Irrespective of a ship’s flag, the regulation applies to ships greater than 5,000 GT undertaking one or more commercial voyages into, out of or between EU ports.  The regulation however, does not apply to warships, naval auxiliaries, fish-catching or fish-processing ships, wooden ships of a primitive build, ships not propelled by mechanical means and government ships used for noncommercial purposes.

DBS as an International Ship’s Classification Society and Inspection Body is anticipated to be among the first accredited verifiers and will be able to assess monitoring plans and verify CO2 emissions reports.

DBS can offer the following services:

For further information about DBS please visit www.dromon.com or via email at mrv@dromon.com

Since all delegated regulations have been released by  the EC, DBS is encouraging Companies to start preparing for the implementation of Regulation (EU) 2015/757.  Companies can start considering the methodology to be followed to fulfil the forthcoming monitoring and reporting obligations of their fleet using existing and new procedures in order to have a robust system for collecting and reporting greenhouse gas emissions.