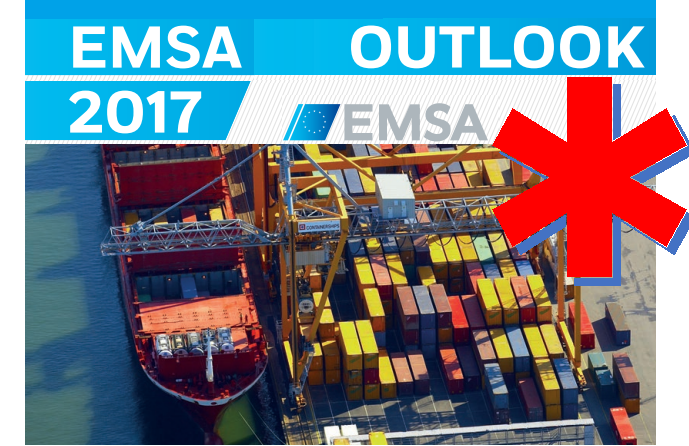 EMSA’s Outlook 2017 publication contains the concrete action and steps the Agency plans to take in 2017 to deliver on its multi-annual strategic objectives. It represents a condensed version of the Single Programming Document adopted by EMSA’s Administrative Board in November 2016 and available on the website.

The publication is organised by activity with planned developments outlined in a short narrative. The outcome is reported in the corresponding Consolidated Annual Activity Report which shows the results achieved against the objectives set. The Agency’s activities can be broadly divided into five thematic areas which are also reflected in the organisation of the Agency structure. Here below we highlight some of the new developments for 2017 per thematic area:

The SafeSeaNet ecosystem, combining and integrating several operational systems hosted by EMSA, will become more user friendly as a new interface and mobile app are made available to users. Data will grow as Remotely Piloted Aircraft Systems begin operations, improving pollution detection for example, and also as extended satellite data becomes available under the Copernicus maritime surveillance services. THETIS’s modular information system will expand continuing in its drive to target potentially harmful substandard shipping and support enforcement of EU legislation. Efficiency will also be on the agenda, particularly as regards reporting formalities.

Visits and inspections to monitor legal and regulatory compliance

Visits and inspections in 2017 will cover recognised organisations (16-20); STCW (7-9); PSC and other EU law (16-18); and, maritime security (12-15). Based on the information gathered, horizontal analyses will be made to identify any gaps or lessons learned in the implementation of EU maritime legislation.

EMSA will assist the European Commission and Member States in capacity building, focussing notably on the training and tools needed by the competent authorities of the Member States. The e-learning portfolio will be expanded and support will be provided to countries within the framework of the European Neighbourhood Partnership Instrument.

In 2017 the options available to coastal states to respond quickly to marine pollution from ships and oil and gas installations will also include a sea-borne dispersant spraying service for the Atlantic Coast and Mediterranean, as well as an equipment assistance service in the Baltic and North Seas. RPAS monitoring services will also be used to complement the satellite imagery available under CleanSeaNet.

The Administrative Board will meet three times in 2017 – adopting the work programme, budget and establishment plan. In line with the founding regulation, the results of the second evaluation of the Agency will become available in 2017.

As shown below, EMSA will support authorities carrying out coast guard functions by continuing to perform its core activities as well as by setting up new and enhanced services for maritime surveillance and capacity building.

For more info click on below image to down full report (13.1 Mb). 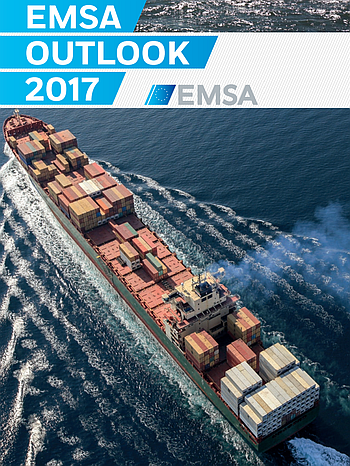