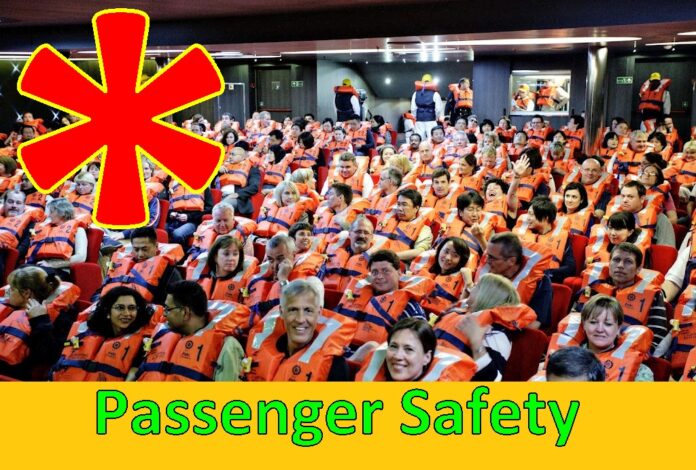 The Cruise Passenger Protection Act (CPPA) was introduced last week in the US, aiming to strengthen passenger safety on cruise ships. The CPPA would build on the passenger safety measures signed into law in the 2010 Cruise Vessel Security and Safety Act (CVSSA). The bill strengthens crime reporting and video surveillance requirements, improves medical standards, and holds cruise lines responsible for deaths at sea.

“Many cruise ships are the size of small towns – but with few emergency services and no law enforcement, these vessels are more Wild West than Atlantis,” said Blumenthal. “And when something goes wrong on a cruise ship, a dream vacation can quickly turn into a nightmare. Our legislation will ensure that consumers know the risks associated with cruise ship travel before they buy a ticket; and if their rights are violated, this bill will help ensure that they have a place to seek recourse.”

Blumenthal has introduced the Cruise Passenger Protection Act in the previous two Congresses. Since the legislation was first introduced, he has also led efforts to ensure the public reporting of cruise line crime statistics and results of safety checks. In 2015, Blumenthal successfully amended the Coast Guard Reauthorization Bill to require the Coast Guard issue a report on the implementation of man-overboard technology by cruise lines. Despite its life-saving potential, cruise lines have been slow to implement the technology and secretive about their plans for doing so.

“With serious safety and health incidents continuing to occur on cruise ships every year, we need to put measures in place to protect passengers who need medical services or become victims of crime,” said Markey. “I am proud to join my colleagues in supporting federal legislation that puts in places basic protections for the millions of Americans who take cruises.”

“Standards for victims’ rights should be strong whether on land or at sea,” said Matsui. “The Cruise Vessel Security and Safety Act made important progress in strengthening protections for passengers, but we have much more work to do. This legislation strengthens existing reporting laws and raises consumer protection standards, so families have the peace of mind they deserve when they board a cruise ship. I am grateful to the victims and their families who have come forward and continue to be essential voices in our work to improve cruise safety through legislative reform.”

“When American citizens board a cruise ship, they expect a peaceful escape,” said Poe. “But the reality is that crime does not disappear simply because people are on vacation. Unfortunately, American passengers sometimes go missing or become victims of sexual and physical assault while sailing the high seas. The passage of the 2010 Cruise Vessel Security and Safety Act took the first step in protecting the safety and security of passengers. The Cruise Passenger Protection Act builds upon this important law by implementing stronger requirements to protect victims of crime and to hold their perpetrators accountable.”