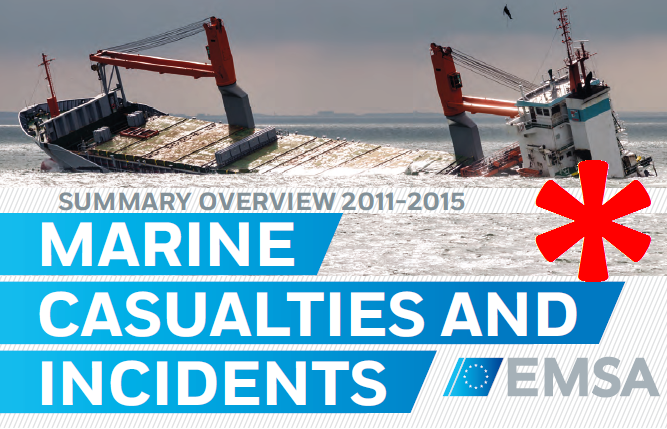 European Maritime safety Agency has issued their Overview of Marine Casualties and Incidents for the years 2011 - 2015.

Marine casualties are separated into two different categories: a “casualty with a ship”, where a ship, persons on board, equipment or cargo is affected by an accident, and an “occupational accident”, where the accident affects only persons. Of the 3296 accidents and incidents recorded in 2015, 2198 were casualties with ships, and the remainder were occupational accidents.

While the year-on-year increase reflects the progressive implementation of reporting of the less severe accidents and incidents, the relative distribution between the main ship types remains similar. Of particular note are the 43 ships that were each involved in more than 10 casualties. Over the period 2011-2015, half of the casualties with a ship were of a navigational nature, such as contacts, grounding/stranding or collision.

The below charts provide an overview of the findings between 2011 and 2015. 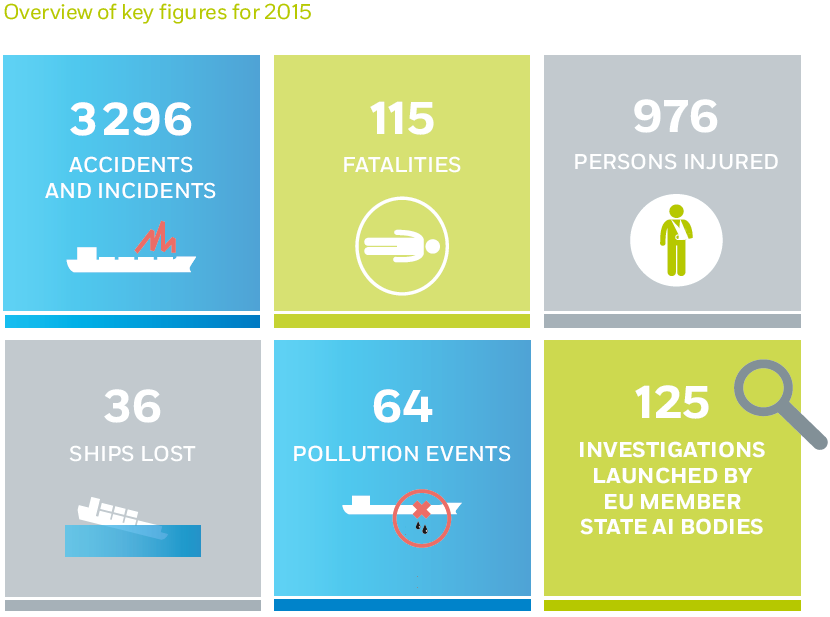 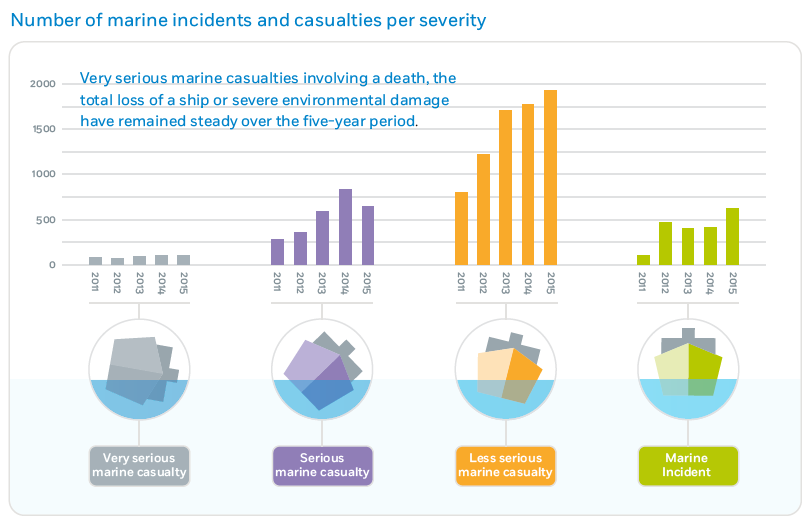 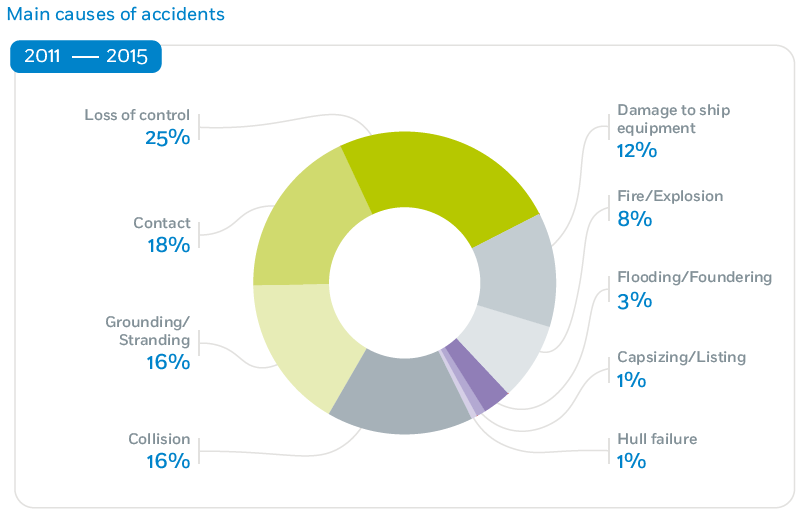 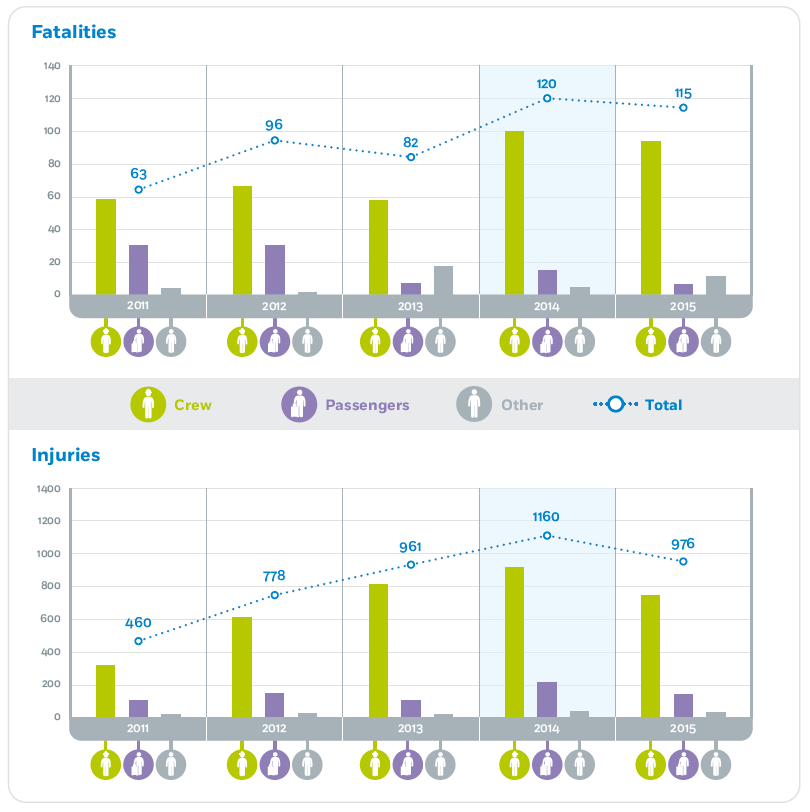 For more information, you can download the complete report by clicking on below image 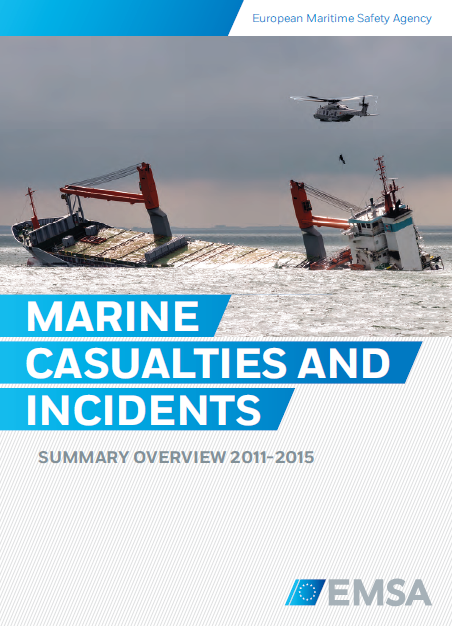