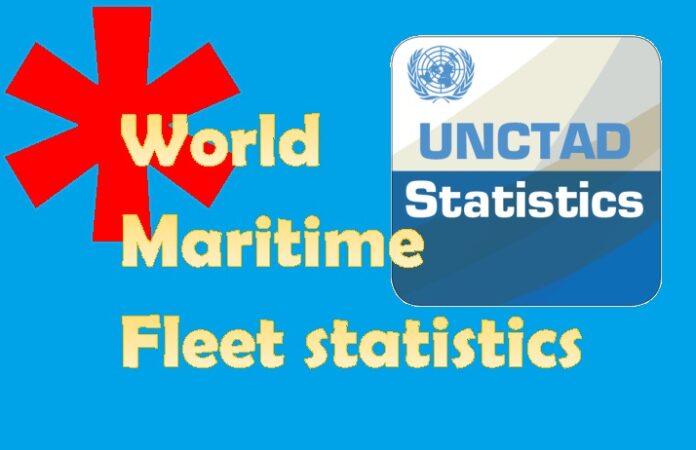 The United Nations Conference on Trade and Development (UNCTAD) issued statistics regarding the world maritime fleet. UNCTAD this week uploaded 2017 maritime statistics on the world shipping fleet by flag and by country of ownership, as well as the 2016 tonnage for ship building and scrapping. Greece takes the top place of ship owning countries and outranks Japan, China, Germany and Singapore.

Top 5 ship owners are Greece, Japan, China, Germany and Singapore. Together they have a market share of 49.5% of dwt. Only one country from Latin America (Brazil) is among the top 35 ship owning countries, and none from Africa.

Top 5 flag registries are Panama, Liberia, Marshall Islands, China Hong Kong SAR and Singapore. Together they have a market share of 57.8%. Developing countries flag more than 76% of the world fleet in dwt. In terms of vessel types, bulk carriers account for 42.8% of dwt, followed by oil tankers (28.7%), Container ships (13.2%), other types (11.3%) and general cargo ships (4%).

Only three countries (Republic of Korea, China and Japan) constructed 91.8% of world tonnage (GT) in 2016. Republic of Korea had the largest share with 38.1%. Four countries (India, Bangladesh, Pakistan and China) together accounted for 94.9% of ship scrapping in 2016 (GT).

The data confirms a continued trend of industry consolidation, where different countries specialize in different maritime sub-sectors, as analyzed in UNCTAD’s Review of Maritime Transport 2016 and a special chapter of the 2011 Review. It also confirms the growing participation of developing countries in many maritime sectors.