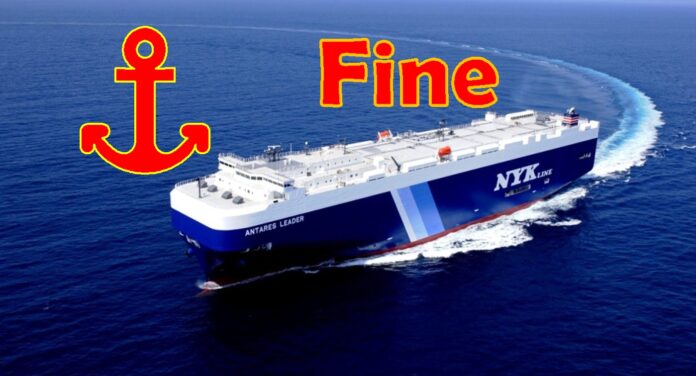 (Join our newsfeed at www.MaritimeCyprus.com) Australia's Federal Court has convicted Japanese shipping company Nippon Yusen Kabushiki Kaisha (NYK) of criminal cartel conduct and ordered it to pay a fine of A$25 million ($19.8 million).

NYK was charged with giving effect to cartel provisions in an arrangement or understanding with other shipping lines relating to the transportation of motor vehicles to Australia between 2009 and 2012.

The cartel operated from at least February 1997 and affected vehicles transported to Australia by NYK and other shipping lines from locations in Asia, the U.S. and Europe on behalf of major car manufacturers including Nissan, Suzuki, Honda, Toyota and Mazda.

NYK entered a guilty plea in July 2016. Justice Wigney stated the fine “incorporates a global discount of 50 percent for NYK’s early plea of guilty and past and future assistance and cooperation, together with the contrition inherent in the early plea and cooperation.”

The maximum penalty was calculated on the basis of 10 percent of NYK’s annual turnover in connection with Australia, in the 12 months prior to the commencement of the offense. On that basis, NYK’s conduct attracted a maximum penalty of $100 million.

In November 2016, charges were laid against another alleged participant in the cartel, Kawasaki Kisen Kaisha (K-Line). The ACCC’s investigation in relation to other alleged cartel participants is continuing.

In 2015, the South African Competition Commission reached a settlement agreement with NYK for contravening the nation’s Competition Act. NYK admitted to collusive conduct and agreed to pay an administrative penalty of R104 million ($8.5 million).

The year before, NYK agreed to plead guilty and agreed to pay a criminal fine in the U.S. for its involvement in a conspiracy to fix prices, allocate customers and rig bids.

(Nippon Yusen Kabushiki Kaisha is one of the oldest and largest shipping companies in the world. It is a member of the Mitsubishi keiretsu. The company has its headquarters in Chiyoda, Tokyo, Japan)