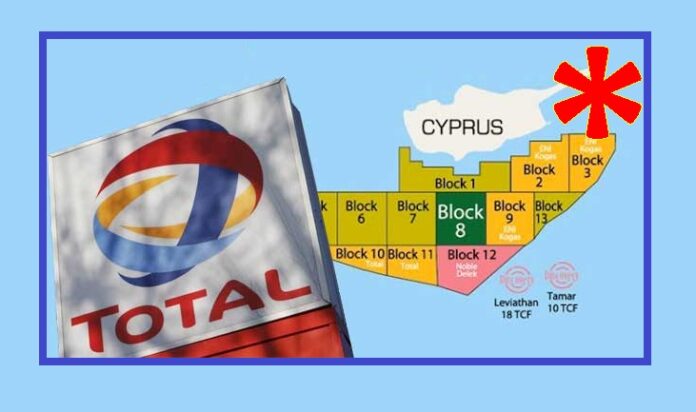 (Join our newsfeed at: www.MaritimeCyprus.com) The start of drilling by French major Total in Cyprus’ offshore Block 11 on July 13 has certainly increased the political temperature in the East Mediterranean.

Everyone knew it would, especially since the UN-sponsored reunification talks between the internationally recognised Republic of Cyprus and the Turkish-Cypriot administration failed a week earlier.

Cyprus’ offshore natural resources have been a hot-button issue since exploration work south of the island began in the late 2000s. Had the talks between the Greek-Cypriot and Turkish-Cypriot sides succeeded, there would be little for Turkey, which sees itself as the regional power in the East Mediterranean, to protest against.

But as the two sides – after numerous UN-sponsored attempts over the last 43 years of division – did not find agreement at their final session in Switzerland earlier this month, exploration of the island’s exclusive economic zone (EEZ) will continue to rankle Ankara, which considers itself the protector of Turkish-Cypriot rights.

Ankara has protested to Lebanon and Egypt over maritime borders that those countries negotiated with Cyprus, and it sent warships into the waters south of the island on several occasions in an attempt to disrupt Nicosia’s exploration programme, which is being conducted in accordance with the UN Convention on the Law of the Sea (UNCLOS).

The start of the Onesiphoros West-1 well by operator Total and its partner Eni has drawn the usual response from Turkey – warships and threats.

Turkey and Turkish Cypriots argue that the Republic of Cyprus has no right to claim the island’s natural resources for itself. But the RoC does no such thing.

The Cypriot foreign ministry on July 14 issued a statement reiterating that “the natural resources of Cyprus belong to the Cypriot people,” and went on to state that legislation is under consideration in the Cypriot House of Representatives “concerning the establishment of a National Investments Fund in which the revenue from hydrocarbon exploitation will be deposited ‘for the benefit of all Cypriots,’ as stated in the draft bill.”

But Turkey insists that all exploration work be halted until a final settlement is reached. How this would be to the benefit of the Turkish-Cypriots remains to be explained, however.

Only 4.5 tcf (127.4 bcm) of natural gas has so far been discovered offshore Cyprus, and it is for the time being stranded for lack of a market.

Total’s well is only the fifth ever drilled in the Cyprus EEZ and many more need to be drilled before exploitation of any kind can begin to take any serious form. More drilling is planned for this year and next by Total, Italy’s Eni and US supermajor ExxonMobil.

Even if a discovery the size of the nearby Zohr or Leviathan fields is made, it will likely be 2022 or longer before development even begins.

The idea has been expressed by industry officials at energy fora held in Cyprus that the best course to take would be to drill numerous wells and then see how much gas is in Cyprus’ offshore area to exploit. And considering the current and short-term state of international gas markets, this would probably be a wise course to take.

So why would it be in the interest of Turkish-Cypriots to halt drilling and wait for another 43 years for exploration to begin? It would not, but it would be in Turkey’s interest. If Cyprus were to agree to this it would mean that not another well would be drilled offshore Cyprus without Ankara’s permission.

Turkey aims to be the new natural gas conduit to Europe. The Southern Gas Corridor (SGC) and Russia’s TurkStream gas pipeline will pass through Turkey, with the gas pumped through them headed to European markets.

Ankara wants East Med gas to also pass through its territory, for both political and economic reasons. Such routing would make Southeast Europe dependent on Turkey (as it has been with Ukraine) and it would ensure Turkey has ample supplies of gas for its own use. Routing East Med gas through Turkey would make producers dependent on Turkey as the route to international markets.

Turkey produces little natural gas or oil of its own and relies on imports for almost all its hydrocarbon needs. 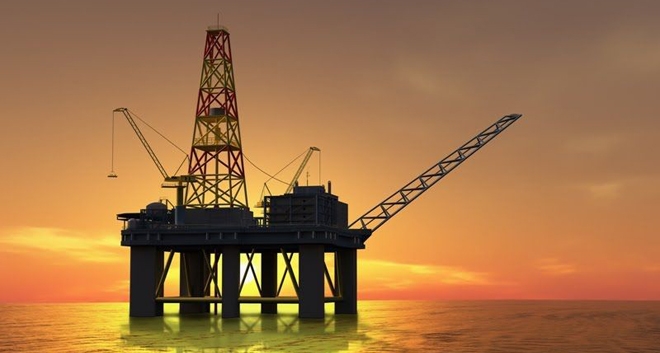 The collapse of the Cyprus reunification talks was followed by a swift announcement by Ankara that Energy Minister Berat Albayrak would travel to Israel for further negotiations with his counterpart, Yuval Steinitz, on the long-discussed subsea gas pipeline project that would connect Israel’s Leviathan field to Turkey.

Under normal circumstances, this project might work, but as the pipeline would need to pass through the Cyprus EEZ, there is little chance of any real progress without a settlement of the Cyprus Problem. Turkey maintains that it does not need Cyprus’ permission to build the pipeline, but technically it does need at least some form of intergovernmental agreement, and for Israel to proceed with such a project without Cyprus’ consent would quickly lose it the only friend it has in the region.

Turkey has also announced that it will begin a new seismic survey in areas of its continental shelf, which happens to overlap the Cyprus EEZ. Nicosia is not happy with this – it never is when Turkey takes these measures – but has stated that it will not be goaded into creating a crisis despite the presence of Turkish warships, submarines and survey vessels in its offshore zone and the verbal threats coming out of Ankara.

It is US and European oil companies exploring in the Cyprus offshore, along with Washington and the EU that have expressed their support for Cyprus’ right to continue its exploration programme.

Furthermore, French Minister for the Armed Forces Florence Parly was in Cyprus on July 17 and met with Cypriot Defence Minister Christoforos Fokaides, who briefed her on Total’s drilling in Block 11 and the situation in the EEZ.

This happened be the fourth meeting between Cypriot and French defence officials in the last four months – Total has been planning the well for over a year.

Meanwhile, French Navy Frigate the Languedoc has been sailing off the Cypriot coast near the port of Larnaca.

Last April, Cyprus signed new exploration contracts with Total, Eni and ExxonMobil/Qatar Petroleum for Blocks 6, 8 and 10 respectively. Over the next couple years, as many as 12 new wells could be drilled offshore Cyprus, according to local officials.

Eni will probably later this year resume a drilling programme that was suspended in late 2014 in Blocks 2, 3 and 9. US independent Noble Energy, Royal Dutch Shell and Israel’s Delek Group hold the 4.5 tcf (127.4 bcm) Aphrodite field, which was discovered in December 2011.

They are hoping to conclude a commercial deal with Egypt – a development that could reopen speculation about Cyprus gas and LNG.

Cyprus has now awarded seven of its 13 delineated blocks, plus the Aphrodite field in Block 12, most of which has been relinquished by Noble and partners.

Total’s first well marks the start of a new phase for the East Med. Most of offshore Cyprus is considered prospective, but the Cypriot government has made it clear that it will not allow itself to get too excited as it did back during the heady days of the Aphrodite discovery.