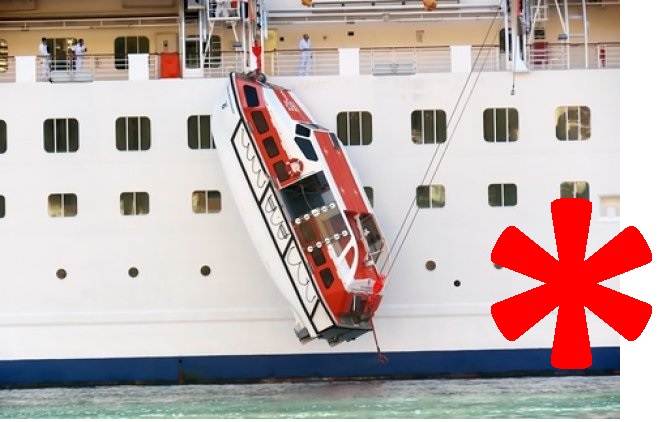 Proposals put forward by Intertanko and others to IMO’s Maritime Safety Committee (MSC) should reduce the risks faced by seafarers during lifeboat drills. In fairly quick succession, MSC’s 97th meeting in November last year, followed by the fourth meeting of its Ship Systems and Equipment (SSE) sub-committee in March and the 98th MSC meeting in June, considered and approved some important changes to IMO’s guidelines for conducting lifeboat drills.

One of the key changes is that drills “should avoid the physical activation of the release mechanism in order to avoid exposing the crew to the risk of accidental release of the lifeboat,” said Intertanko senior technical manager Gil-Yong Han. That text was included in a submission to SSE 4 by members of the informal Industry Lifeboat Group (ILG), of which Intertanko is a member.

It followed an earlier submission to MSC 97 by many of ILG’s members in which they set out their concerns about lifeboat drills, noting that despite efforts to reduce lifeboat accidents, they still occur. As a result, “masters and crews are widely reported to have serious concerns relating to the risk of injury and their safety when carrying out mandatory free-fall lifeboat drills.” 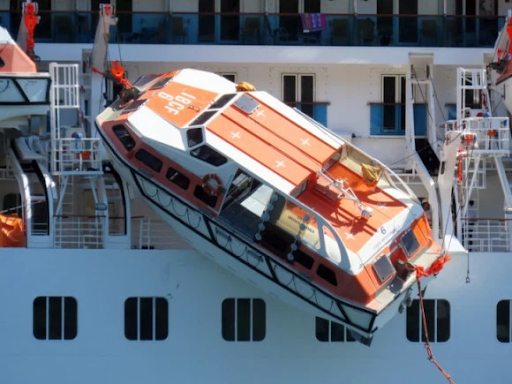 With minor amendments, the ILG’s draft to SSE 4 was approved at MSC 98 and was issued as MSC.1/Circ.1578, Guidelines on safety during abandon ship drills using lifeboats, with an appendix specifically addressing ‘simulated launching’ during drills with freefall lifeboats.

ILG’s co-ordinator is the International Chamber of Shipping marine director, John Murray. He said that a significant change it has achieved in the guidelines is to separate ‘drills’ from ‘tests,’ saying that the distinction between them was blurred. By defining what each component involves, he hopes that accidents will be reduced.

During discussion at MSC 98, though, agreement was not reached on the ILG members’ proposed definition of a ‘test’ in the main part of the guidelines, and that paragraph was removed from the final circular. But Mr Murray is confident that, after further work, it “has to be reintroduced, because clearly testing is an important factor.”

MSC.1/Circ.1578 can be downloaded by clicking below image. 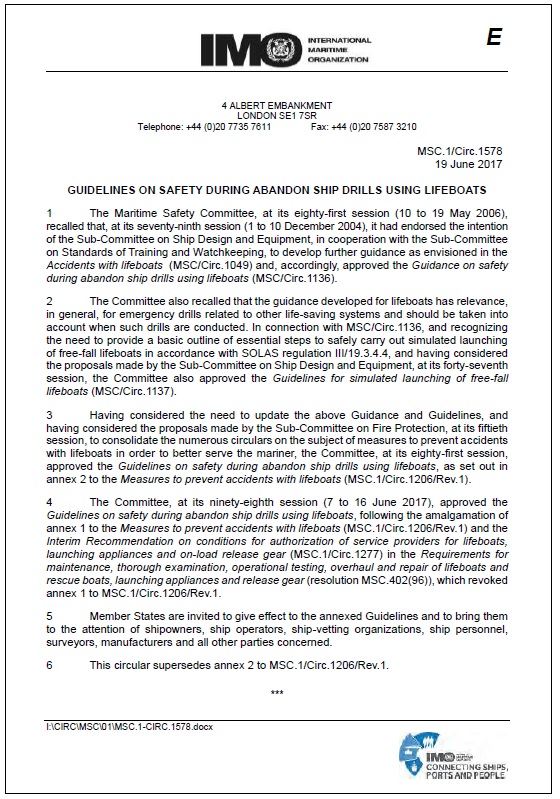