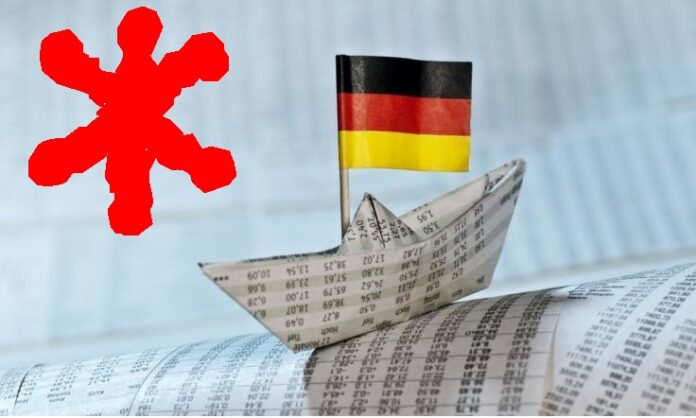 (www.MaritimeCyprus.com) When a cancelled order freed up nine slots at the Ulsan shipyard in South Korea in late 2007, the news set off a frenzy of activity 6,000 miles away in Hamburg.

MPC Capital, keen not to lose the slots, scrambled to arrange finance for its latest set of funds. Within weeks, it had a US$1.1bn line of credit from a group of banks. With the cash in place, in April 2008 it placed an order for nine of the latest neopanamax container ships.

Ordinary German citizens were at the time obsessed with investing in ships. Hundreds of so-called dentist funds had popped up – at one stage financing a quarter of all the ships being built globally. MPC intended to parcel out the ships and attached debt to investors at a later date.

That never happened. A few months later, the world lurched into crisis, triggering a 75% collapse in charter rates for container ships. The value of the ships plummeted, leaving MPC unable to launch the funds. Banks, led by HSH Nordbank, which had stumped up US$427m for the loan, began to realise the money might never be repaid.

“The banks always pre-financed because up until that point there had never been a vessel that couldn’t later be placed with the investors,” said Torsten Teichert, chief executive at rival fund house Lloyd Fonds. “Suddenly this historical truth turned out not to be everlasting. They were left with a backlog of around 20bn of orders.”

By 2011, with the ships almost ready, MPC said it had struck a deal with “third-party investors” that would take over the vessels – and the debt. But those investors were in fact the banks, which had set up a web of Isle of Man-registered companies to take over the ships and the debt, allowing the banks to escape hefty writedowns. They entered into a deal with Hanjin Shipping to charter them out.

That worked well until Hanjin collapsed last year, the largest victim in a global shipping crisis now almost a decade old. With the charter lost, the special purpose vehicles set up by the banks would be unable to service the loan. The play for time was unravelling. HSH chief risk officer Ulrik Lackschewitz scrambled to find a new charter.

“Hanjin went bust and suddenly overnight we were sitting together with another bank on six 13,100 TEU vessels,” he told IFR. “We had financed these vessels and when Hanjin collapsed, we took over these ships, which had been held in an SPV. We used our connections to Maersk to find a new charter for the vessels.” 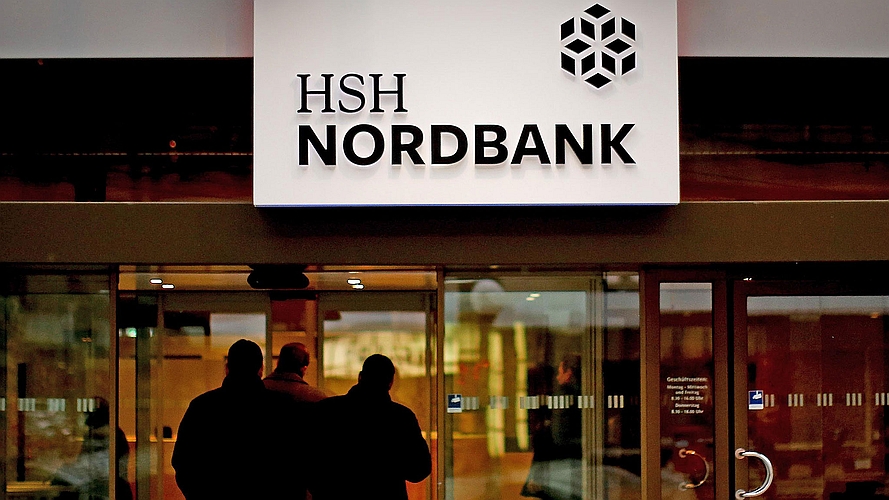 The story of the ships – a seemingly never-ending process of rescuing loans on the brink of default – is just a small piece of a much wider problem. At the peak, HSH financed almost 3,500 ships globally. Though the exposure is now down to 1,200, the ongoing crisis in shipping means even performing loans are precariously placed.

And the story isn’t unique to HSH. It is just one of five German banks that, almost a decade into the shipping crisis, still have loans to the sector with a face value of 60bn festering on their balance sheets. That is down from 84bn five years ago after a handful of sales and billions in writedowns, but progress in recent years has been slow.

Now, however, the European Central Bank, which took over regulation of the region’s larger banks three years ago, seems finally to have lost patience with that apparent lack of urgency.

Back in May, it announced a crackdown on shipping loans and has spent the summer months visiting banks to conduct on-the-spot inspections and formulate plans to clean up the books.

People involved in those discussions say things are now coming to a head. The ECB is pushing banks and their auditors to ditch the way they currently value the loans, which rely on long-term projected income streams and estimates for future charter rates, and instead value loans according to the market prices for the underlying ships.

The central bank, which declined to comment for this article, is also pushing banks to increase provisions to 60% of the face value of those loans in arrears. Three of the banks – HSH, KfW IPEX-Bank and Commerzbank – are already there. But DVB Bank and NORD/LB only had coverage ratios of 23% and 48% respectively at the end of last year.

The move could trigger huge provisions, writedowns – and possibly even bank failures – according to one board member at one of the banks affected.

“Logically, it is understandable what the ECB wants to do. I can feel their need for it – because for every year through the crisis, the banks have been over-valuing their portfolio,” he said. “But the regulators have to be very careful: if they trigger us as a bank to do something that we don’t want to do, it could also have collateral damage.”

“For the German maritime industry, this is going to be big. It is going to change it fundamentally.”

As banks and regulators squabble, investors – including some familiar names – smell opportunities. MPC is one. After an extensive restructuring, the Hamburg-based asset manager has been raising funds in recent months. It expects that the current clampdown could push banks to offload ships at potentially bargain prices.

“There’s an enormous level of potential,” said chief executive Ulf Hollaender. “Banks haven’t been as active sellers as the regulators expected – as we expected – but that is going to change. They are increasingly prepared to talk to us . . . their attitude to trying to solve things certainly has changed.”

In April, MPC raised US$100m in equity for a new company – MPC Container Ships – that it subsequently listed on the Oslo stock exchange. A further US$75m of equity was raised in June, and a US$100m bond sale done shortly thereafter, giving it ample funds to buy ships. So far, it has deployed half that money.

Hollaender has much bigger ambitions, however. He plans further debt and equity sales for the company, and hopes to buy up to 100 ships. His ultimate goal is to have a listing in New York. “The challenge has always been to convince the market you have access to assets,” he said – something he believes MPC has now established.

Others also spot potential. Across the city in Hamburg, Lloyd Fonds bosses tried to restructure two years ago and raise 280m through a rights issue to buy new ships – but couldn’t win sufficient backing from shareholders. Japanese conglomerate Orix recently started buying shipping assets, including a US$600m portfolio of loans from RBS. 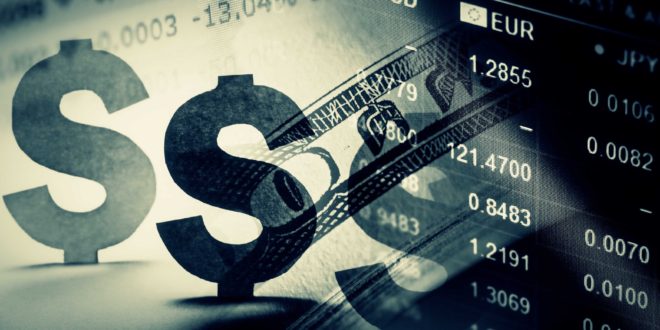 Still, not everyone is convinced. Many maritime experts believe that banks have already sold their best ships. They say that the ones they have left are often older, smaller, less economical vessels – vessels that ship operators have moved away from in recent years.

“We have had a couple of offers but we haven’t bought anything,” said Rolf Habben Jansen, chief executive of Hapag-Lloyd, which following a merger with UASC in May is now the fifth-largest operator in the world. “They are usually not the right ships; most of their ships are relatively small, and categories that we just don’t want to have.”

“It illustrates how opportunistic the market is,” he said. “Everyone was trying to dump ships six months ago and now they think buying ships is the best thing since sliced bread. People get a little bit carried away by the price of these ships, but they forget that you still don’t get more than several thousand dollars a day for these ships.”

Legal issues, too, may hold up sales. In many cases, banks have been unable to sell ships because of legal clauses that allow the original debtors to deny consent. Sanctions have also muddied some sales because ships can be seized under US law if they even once docked at a banned port.

Banks may also resist selling because it may suit them not to have a market price.

“There were instances where the banks didn’t want certain vessels to be sold because they had exposure to dozens of similar ships and they didn’t want a market price to show up,” said Teichert. “The banks . . . are much more interested in talking about the long-term asset value, this great invention of ever-lasting prosperity.”

HSH seems to be pushing harder than some to recognise reality and earlier this month it signed off on accelerated plans to offload its non-performing exposure in shipping.

The bank plans to reduce its current 8.7bn NPE portfolio (it also has 6.1bn of shipping loans classed as performing) down to 3bn by the end of next year. It also wants to tackle zombie loans that have no hope of being repaid.

“We are going to really wind down this year,” said Lackschewitz. “By the end of 2018, we should be pretty much done with our problem . . . We will have some NPEs left next year, of course, but we will have substantially less than today.”

But HSH is in some ways in a unique position. When the bank was bailed out in 2009 because of its lax lending, the German states of Hamburg and Schleswig-Holstein agreed to guarantee some of the bank’s shipping assets against future losses. It offloaded 5bn of NPEs last year, and was refunded the 2.6bn loss it booked under the guarantee.

Others won’t have such a cushion to fall back on. Some, such as Commerzbank, have taken the hard route – raising equity privately to fund writedowns and disposals. Commerzbank has reduced its shipping portfolio from 20bn six years ago to 2.5bn today and plans to get to zero within two years.

In perhaps a sign of how much of an impact the ECB clampdown could have, DVB has been put up for sale by parent DZ Bank in recent days, according to reports. DZ had previously said it would stump up any additional equity needed. State-owned NORD/LB and KfW IPEX haven’t as yet publicly updated their plans after the clampdown.

One thing is for sure: after a decade of crisis, resolution is unlikely to be quick. “Restructuring in shipping is not magic; it is hard labour,” said Lackschewitz.