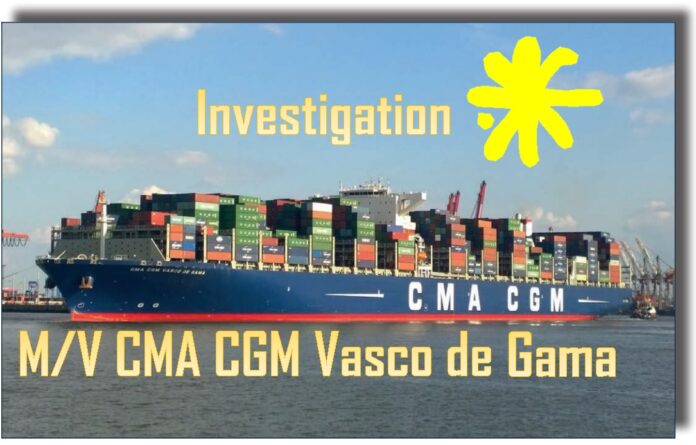 (https://maritimecyprus.com) The UK Marine Accident Investigation Branch (MAIB) issued the report of its investigation on the grounding of the ultra-large container vessel CMA CGM Vasco de Gama on the western side of the Thorn Channel whilst approaching the Port of Southampton on 22 August 2016.

The investigation found that a detailed passage plan had not been produced; the lead pilot had not briefed his plan for the critical turn; and that the team’s roles and responsibilities were unclear. Neither the ship’s ECDIS nor the pilot’s Portable Pilot Unit functionality were fully utilized and resulted in each system not providing adequate cross checks or alarms.

In the early hours of the morning on 22 August 2016, the 399m long ultra-large container vessel CMA CGM Vasco de Gama grounded on the western side of the Thorn Channel whilst approaching the Port of Southampton. The vessel was the largest UK-flagged vessel at the time and had two of the port’s specialist container ship pilots onboard. The ship ran aground on a rising tide and on a flat shingle/sand sea-bed. A combination of tugs and ship’s engines enabled it to be re-floated soon after grounding. MAIB has embarked on a study into the human factors associated with the use of modern electronic navigation aids and the implementation of mandated navigation standards.

ABP Southampton have been recommended (2017/144, 2017/145 and 2017/146) to improve their bridge resource management for its pilots; to consider the provision of provisional pilotage plans to vessels prior to pilot embarkation; to review its implementation of procedures and to improve standards of communication.

CMA Ships have been recommended (2017/141, 2017/142 and 2017/143) to review the implementation of company procedures for passage planning and use of ECDIS and to include pilotage and bridge team/pilot integration in its internal audit process. 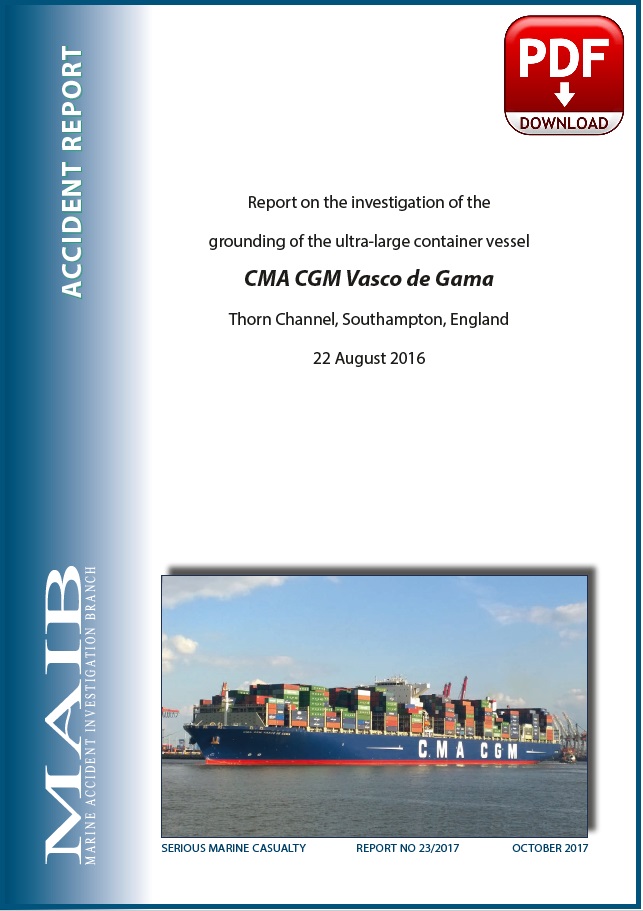