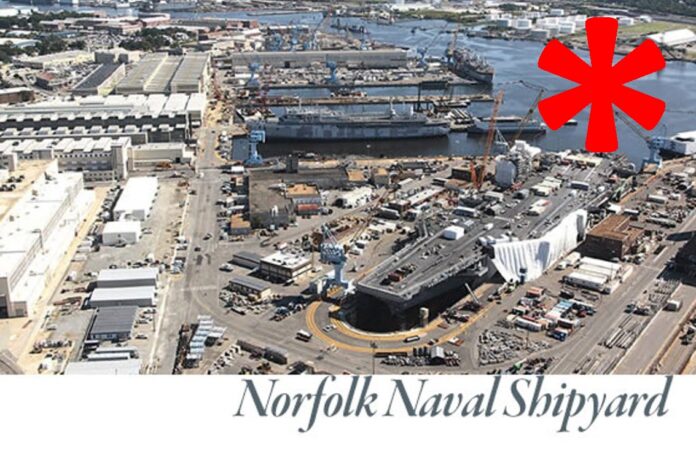 (www.MaritimeCyprus.com) Senior security personnel at Norfolk Naval Shipyard established an unauthorized armed police force and wasted as much as $21 million in manpower, stockpiled vehicles and other gear, including a high-speed boat, for more than a decade following the 9/11 terrorist attacks, according to a Naval Sea Systems Command investigation.

The investigation, obtained by The Virginian-Pilot through a Freedom of Information Act request, began after a 2012 hotline complaint alleging mismanagement, waste and other violations. The 115-page report, with hundreds of pages of exhibits, was completed in October 2014.

It describes a culture that allowed the force to subvert Navy and Defense Department regulations and operate unchecked and unbeknownst to the shipyard's leadership, despite its activities and the visibility it gained through the purchase of armored and hundreds of other surplus vehicles, some of which it outfitted with police equipment.

"The investigators' outlook is that there was a notable lack of command leadership oversight or engagement," the report says. "Many of these unauthorized purchases put the government at a liability risk and potential harm to the civilian population."

The 250-year-old facility is one of four public Navy shipyards and has about 10,000 employees -- civilian, military and contractors. It is responsible for repairing and upgrading the Navy's fleet.

The security division took advantage of the lockdown on the nation's military bases and federal facilities following 9/11 and stockpiled vehicles -- including Humvees and a bus converted into a mobile command center -- and supplies that it stashed in "warehouses, empty lots and anywhere else" across the shipyard with the mindset "that it was better to have it and not need it than to need it and not have it," the report says.

In the years that followed, the division -- which ran its own budget -- grew to twice the size of its counterparts at the Navy's other shipyards. It established an armed force around 2007 in violation of Navy regulations, even though law enforcement was already being provided there by Navy Region Mid-Atlantic, the report says. 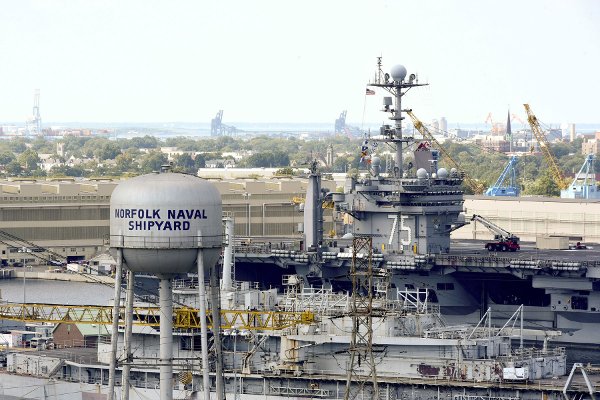 In doing so, the division purchased more than $200,000 in unnecessary police gear, weapons, ammunition and training, though the force had no law enforcement mission; and it operated equipment without the proper qualifications. In at least one instance, a non-licensed operator used the division's high-speed boat to "run down civilian jet skiers" on a waterway near the shipyard, the report says.

Heavily redacted witness interviews and testimony cite concerns raised about the division's actions and describe a surplus of items, including vehicles that some said hadn't been used in years.

In one interview, a person whose name was blacked out told investigators that the security division sought weapons qualifications for personnel in case of security threats. That same person said there was an intent to seek the chief of naval operations' approval for the armed police force, but that there were doubts it would be approved. The security division might "have been a little ahead of things," that person said.

In another interview, a witness who appeared to handle vehicle acquisition for the security division reported a lack of training in the procedures for reporting and registering them. Instead of registering the vehicles through the Naval Facilities Engineering Command, as required, that person instead went to the shipyard's metal shop for license plates after being told they could be created using the number that was on there before, according to the report.

The report cited insufficient communication and senior leader intervention plus "a complete breakdown of essential internal controls and oversight of processes designed to prevent the waste and mismanagement" at the shipyard.

The division deliberately hid the hundreds of vehicles it amassed along with supplies "for fear someone would take them," and also failed to properly account for a substantial amount of the $9 million in property that it obtained and mismanaged, the report says.

Investigators also said they were unable to account for some division employees' duties between 2009 and 2014, a time during which it "had significant staffing well beyond legitimate mission requirements," the report says. Surplus personnel and the division's "unauthorized and wasteful activities" led investigators to estimate the division expended as many as 28,000 man-days -- or about half that would be needed to complete maintenance on a Los Angeles-class fast-attack submarine -- at a cost of about $10.6 million. The size of the shipyard's security division is redacted in the report.

The original tip was referred to Naval Criminal Investigative Service. NCIS presented findings to an assistant U.S. attorney who declined to prosecute, according to the report.

The tip followed an earlier complaint to the Naval Sea Systems Command hotline that shipyard security personnel were unlawfully using unmarked government law-enforcement vehicles. A 2011 investigation recommended corrective action but nothing was done, the report says. Another complaint and subsequent investigation in 2014 also found problems with the shipyard's Fraud, Waste and Abuse Hotline Program.

Other inspector general reviews in 2008 and 2012 also found shortcomings that could have prevented the violations, according to the report.

Alan Baribeau, a spokesman for Naval Sea Systems Command's corporate communications office, said the shipyard has since taken corrective actions, including administrative personnel actions and retraining in areas including time and attendance, procurement, and the use of purchase cards.

In addition, security office personnel no longer are allowed to obtain items through Defense Reutilization and Marketing Offices, which handle excess supplies, including vehicles. The security force has been centralized at one location and improved communication between its director and shipyard leadership, including biweekly reports and monthly meetings, he said.